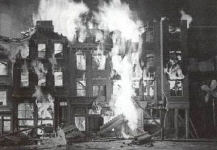 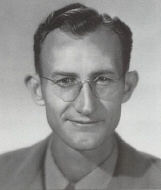 Howard and Theodore Lydecker are two names that have always been synonymous within the special effects community and among fans of forties action  cinema. Recognised as the specialists, bar none, in mobile miniature action - be it aerial dogfights, car collisions, train wrecks or battles at sea, the Lydecker brothers achieved it all with customary  high calibre miniature action set pieces and cinematography. Normally associated with the films and large roster of weekly serials produced at Mascot Pictures and later Republic Pictures - there true home base for hundreds of movies over the years.  I wish as an enthusiast, I could access more of their films and serials, but these are extremely difficult to find, so I've had to make do with a sort of mini tribute, based in large part upon the Dydecker's Oscar nominated work for the John Wayne aerial combat picture FLYING TIGERS.  I've also added a few shots from some of their other shows including some breathtaking full scale (I think) pyrotechnics from the terrific firey climax of another Duke Wayne show THE FIGHTING SEABEES and a few frames from their astonishing maritime special effects showcase SINK THE BISMARK. 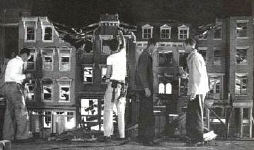 Largely seen in action packed war films, the Lydecker boys highly regarded technical polish and realism would be often imitated by later legions of special effects chiefs - namely L.B Abbott at Fox who worked with Howard Lydecker on some of the Irwin Allen tv shows of the sixties such as LOST IN SPACE.  Miniatures exponents such as Gregory Jein would work with Abbott in utilising exclusively the Lydecker rigs and gags for the huge Steven Spielberg effects show 1941.

Even more recent effects heavy shows such as the Oscar winner INDEPENDENCE DAY where effects supervisor Volker Engel preferred to utilise the in camera Lydecker flying rigs for a number of scenes for a far greater degree of fluidity and physical presence of the aircraft trajectory than was achievable at the time with computer simulation or possibly even motion control. 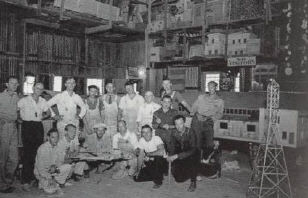 There is a really good look at the world of the Lydecker Brothers on the net at  http://www.vttbots.com/page20.html which is part of an extensive look at the making of the television series VOYAGE TO THE BOTTOM OF THE SEA.  I've used 3 or 4 photos (above and below of the Lydecker effects unit) from that essay as I've had difficulty finding such good inside views of their studio and props.  Some of the other behind the scenes pictures I've put here of the special effects rigging on the set of FLYING TIGERS I've taken from very old magazine articles on WWII flying action, I forget the name.  I've mentioned a couple of other key effects figures from Republic here as well  - Ellis 'Bud' Thackeray who was a widely experienced effects cinematographer, and Lewis W.Physioc, a veteran matte painter and matte cameraman who was associated with this studio for a time. 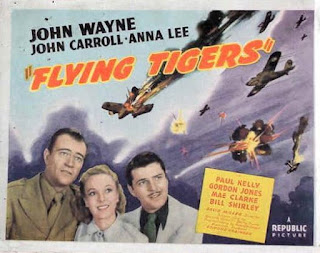 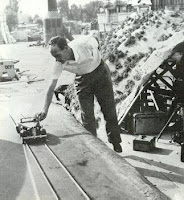 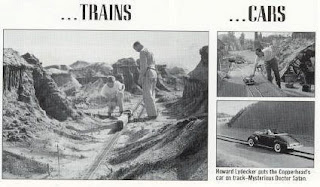