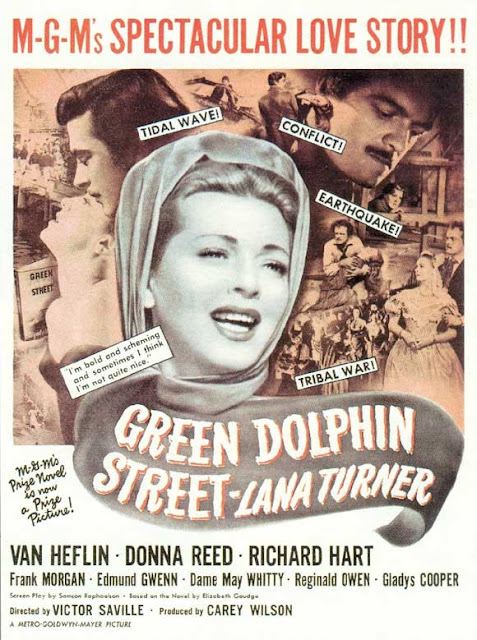 I've covered many MGM films in this blog over the past couple of years, with this picture one I've been meaning to pay tribute to for some time.   A grand production, based on the best selling novel, MGM's lavish 1947 costume drama of romantic entanglements among 19th Century pioneers in wild New Zealand, GREEN DOLPHIN STREET proved to be a bona fide field day for the Metro visual effects department. 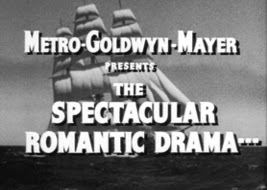 I first saw this film on TV in the seventies - back when NZ Network TV used to always show classic movies uninterrupted on Saturday and Sunday afternoons.  Those were the days....long gone sadly.   Even as a budding effects fan then I was very impressed with the visuals on show here, though as this was pre-VCR there was no way to capture those wonders for repeat inspection. It's long overdue arrival on DVD is most welcome.

The scenario provided the MGM boys a great many opportunities to strut their stuff up on screen - from period matte paintings of 19th century townships and a haunting, forboding mountain top convent - through to a spectacular earthquake and tidal wave which wrecks havoc in pioneer era New Zealand.  Interestingly, none of it was actually shot down here, with most of the NZ scenes having a distinctly Californian look - right down to the obviously inaccurate native bush, and the local Maori tribes being clearly played by Hollywood extras in greasepaint - as was the tradition of the day. 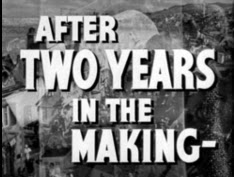 Career Metro Goldwyn Mayer special effects chief, A.Arnold (Buddy) Gillespie was in charge of all miniature, process and physical effects, while his counterpart and longtime associate in the matte department, Warren Newcombe, took care of the numerous pictorial demands.  I've outlined both of these key players extensive careers in several previous blogs.  MGM had a vast stable of top shelf matte artists during this period, though the only name I can say for sure painted on this show was the legendary Norman Dawn.  For those not aware, Dawn was the inventor of the painted matte process and contributed hugely to the overall development of the technique.  For a few years in the mid forties Dawn worked under Newcombe in the MGM matte department along side such noted artists as Henry Hillinick, Howard Fisher, Joe Duncan Gleason and Rufus Harrington among others.  In all likelihood these same painters shared matte duties with Norman on GREEN DOLPHIN STREET, though we shall never really know.  Interestingly, in Dawn's own meticulously archived production logs he wrote of being approached by chief art director Cedric Gibbons during the GREEN DOLPHIN assignment to potentially take over the MGM matte department due to ongoing 'issues' - though he declined the offer.

The lengthy narrative is a bit plodding, and the characterisations somewhat stodgy, but it's the visual effects side of the deal that I'm interested in, so let us take a look shall we. 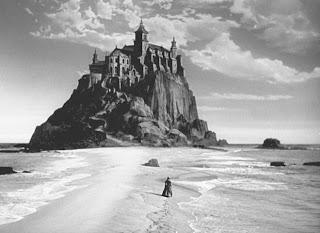 The films stands out in several areas - beautiful matte art and gob smacking miniature work - as was the usual standard from Metro Goldwyn Mayer of the day.  I'd like to also draw attention to the outstanding use of rear screen process projection which is featured throughout GREEN DOLPHIN STREET.  I'd go so far as to say that I feel MGM really cornered the market in this technique for decades, with just Paramount even coming close. 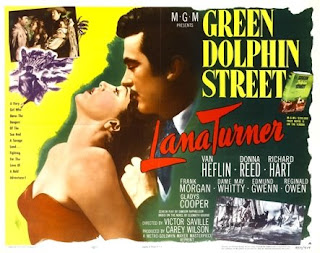 The use of very large screens, cleverly interwoven with sets and decor was a Metro trademark (just look at the 30's TARZAN pictures for sensational process work).  Arnold Gillespie had a lot to do with the development of improved means of producing high quality process shots in later years with astounding results on huge screen Ultra Panavision work on MUTINY ON THE BOUNTY (1962) using three projectors.

So, here's a tribute to the Oscar winning special visual effects from GREEN DOLPHIN STREET. 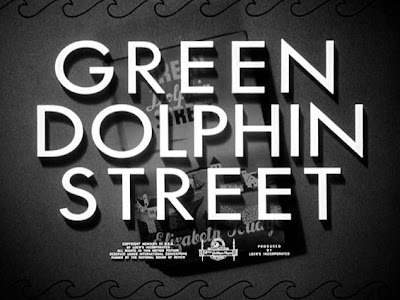 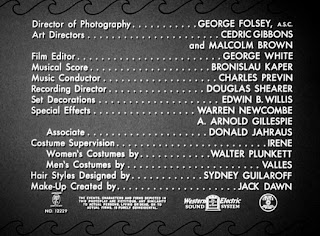