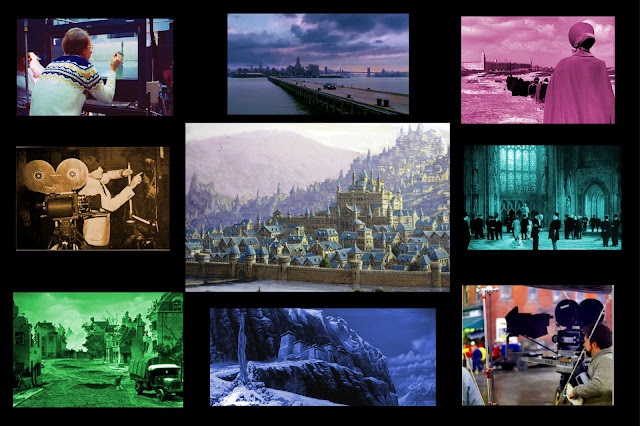 Greetings fans of old school cinematic trickery.  It's that time once again to examine some more marvellous and inventive special effects work and reflect upon the tried and true methods employed over the years to thrill, delight and completely hoodwink film audiences the world over.
My film viewing tastes are amazingly broad and I watch as much of the medium as possible, from ancient silent pictures, 50's westerns, vintage 1940's war films, B&W Universal horror flicks, film noir, Marx Bros and Abbott & Costello comedies, foreign language, lush Technicolor widescreen epics, psychological thrillers, Italian giallo, crime & cannibal movies, 70's drama, cheesy 'B' films,  Korean cop thrillers and thought provoking sci-fi all the way through to reasonably recent fare, though my preference tends to sway more toward older films for a variety of reasons. 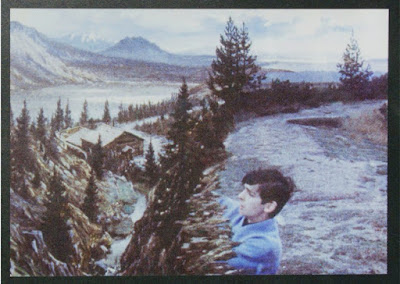 Certainly when it comes to special effects I'm not in the least interested in modern fare and just cannot get enough of the old, hand crafted specialties.  There is plenty of highly detailed and comprehensive coverage to be found elsewhere for the calibre of film and methodology I don't delve into in what I'd term the modern era. Now in it's 10th year, NZ Pete's Matte Shot has explored hundreds of films, countless artists, cameramen and effects specialists of one sort or another, and I've still got a veritable 'treasure chest' full of imagery and odds and ends that I want to present, discuss and celebrate. It's all a matter of finding a suitable 'place' in my blog to promote same.
This month, I've sifted through and blown the dust off of a great deal of material from my archives in an effort to highlight not only great matte and miniature craftsmanship but also to bring forth motion pictures that may not be your common, well known films.  I always try to uncover as much across as broad a range of films as I can. 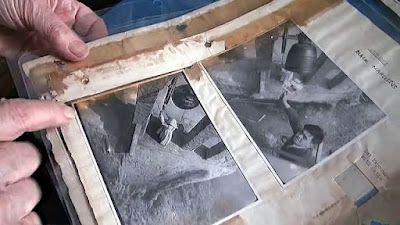 I've blown the cobwebs off a lot of pictures here today with everything from a genuine classic of silent era cinema from the mid 1920's, right the way through to a recent (in relative terms) 1994 star studded spectacle produced right on the cusp of traditional to digital changeover in matte visuals. I've made some great discoveries recently with some quite rare mattes, obscure films and, as with the first film discussed in the following line up, some phenomenal trick cinematography dating back nearly a full Century that really blew my proverbial socks off, such was the skill employed.  More about that shortly. 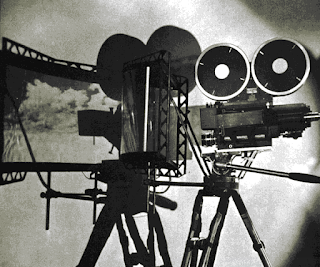 It's somewhat of a coincidence that a number of the films below have a wartime theme.  Not intended, but it just turned out that way.  There's one set in the Crimean war, another dealing with World War One, a Technicolor show set at the start of the Second World War, plus a CinemaScope flick dealing with the rising conflict in French Indochina for good measure.
But wait...that's not all.... there's also an exotic Alan Ladd espionage thriller, a Gary Cooper Marco Polo adventure, a 'knights in shining armour' love story, and to cap it all off, a Richard Pryor comedy of all things, just for the sake of 'balance'.  You can't accuse NZ Pete of cutting corners!  I had fully intended to include the Willis O'Brien classic MIGHTY JOE YOUNG but realised I have so much material that it should be a 'stand alone' blog all of it's own... so watch this space.


It's always a joy to celebrate matte and effects talent from days long gone, and a thrill indeed to be able to put a title to a mystery matte shot that has eluded me for years.  I've previously written about esteemed production designer/art director John DeCuir snr, who, long before embarking upon his storied design career on such films as CLEOPATRA, THE AGONY AND THE ECSTACY and GHOSTBUSTERS to name but a few, was a busy matte artist in his own right.  Despite failed attempts by Walt Disney to secure John in cartoon work which wasn't a route he wanted to go as live action motion picture design or artwork was more appealing, John was recruited by Russell Lawson as an assistant matte painter in Universal's matte department in 1939. Add to that decision that Universal were offering much more money than Disney as an added draw card!

After a trial by fire initial period whereby DeCuir was tasked with proving himself to Lawson by painting 'realistic' renderings of chunks of rock plonked on the matte room work bench, covered in dirt and weeds, as well as other odd, but ultimately very useful subject matter such as the clouds seen out the matte department window - the very same window which would many years later be Albert Whitlock's matte room window - John would embark on matte work for scores of pictures dating from films like SON OF FRANKENSTEIN (1939), THE TOWER OF LONDON (1939), THE WOLF MAN (1941) and THE TIME OF THEIR LIVES (1946) and several ARABIAN NIGHTS themed 'sword & sand' movies popular with Universal at the time.  World War II would see John active in the US Navy from 1941 to 1944, with his Universal career resuming after the war for a few more years in Lawson's department before taking on his first art direction assignments for films like the powerful prison drama BRUTE FORCE (1947).


John's son told me how his father's responsibilities in the Lawson matte department really grew as Russ had a daily habit of going up onto the roof for a lunchtime snooze, which as time went on, lasted longer and longer, leaving the young DeCuir to more or less 'run' the department with effects cameraman Roswell Hoffman.  Celebrated visual effects man L.B Abbott once wrote that DeCuir was not only a fine film set designer but also an equally fine visual effects artist in his own right. 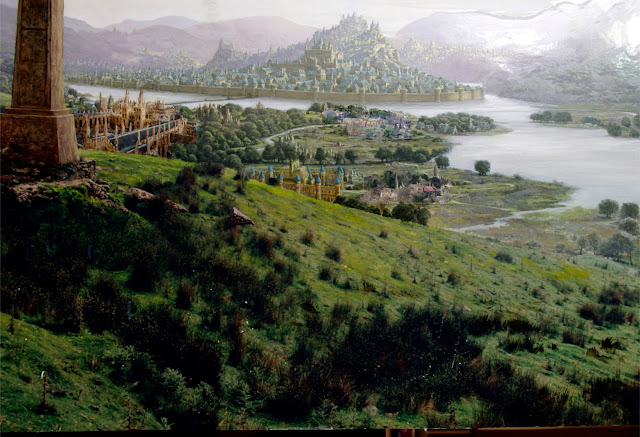 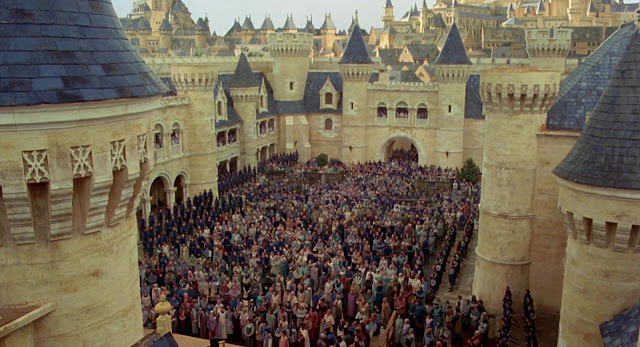 Well, that's about it for this 'issue'.  We end on a sad note as I see that the wonderful Swedish actor Max von Sydow has just passed away, aged ninety.  An exceptional talent with so many fine performances under his belt - THE VIRGIN SPRING, THE EXORCIST and even FLASH GORDON, with my personal choice being Sydney Pollack's terrific thriller 3 DAYS OF THE CONDOR (1975) as being his best work.  Nothing whatsoever to do with mattes or special effects I know, but hey.... whatcha gonna do?