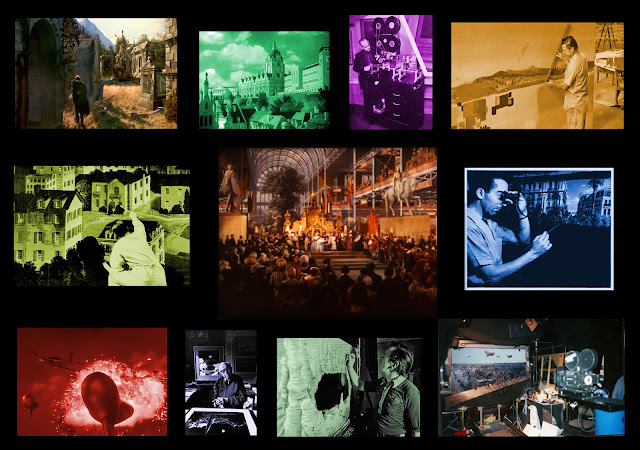 Hi there matte and traditional special effects fans. It's that time once again for some more celluloid analysis of great cinematic trick shots from days gone by, motion pictures long passed by and in some cases from films largely forgotten.  This edition is quite a bumper affair from the very depths of NZ Pete's vast archive, with all manner of films and genres covered, and not just painted mattes either... there's a healthy chunk of splendid miniature shots from some quite worthwhile vintage films.  I've got a wonderful old Ealing comedy classic; a couple of horror pictures from completely opposite ends of the spectrum; a rip-snorting Errol Flynn western saga; another vintage MGM musical; a prestige early Technicolor British historic bio-pic and a pair of ghostly supernatural romps just to even things out.  You can't accuse Pete of not covering as many movie magic bases as he possibly can ... and all here in your one-stop-shop of all things in the realm of 'special effects wizardry!

A Blast From The Past:


The name Lewis W. Physioc would, I'm sure, almost certainly be unknown to even the most dedicated fans of visual effects.  Born in 1879, the multi-talented Lewis was to become one of the leading practitioners in silent era cinematography and photographic effects work and was one of the pioneers of the art of the glass shot and matte composite methodology.


Having started off - as many matte exponents did - as a scenic backing artist around 1914, Physioc gradually moved into camerawork and visual effects shots at the Goldwyn Studio in Culver City and later as matte artist for Columbia Pictures in the late 1920's on such movies as THE BLOOD SHIP (1927) and, for a substantial part of his career, at Republic Pictures right the way on through to the end of the 1940's in a most prolific, though largely anonymous, creative career.  Long time Republic studio effects men, Howard and Theodore Lydecker, always received screen credit, even for pictures that didn't utilise their own particular specialty, that being miniatures and explosive work.

Physioc would paint mattes for scores of low budget Republic westerns and other 'B' pictures, though his approach and philosophical understanding of the artform would see him publish a number of technical articles for journals such as American Cinematographer and International Photographer which later effects artists such as Matthew Yuricich would find illuminating.  Apparently, stop motion maestro and celebrated trick shot legend Ray Harryhausen attended Physioc's classes in matte and glass painting technique at the University of Southern California as far back as 1939.

Lewis also designed and painted the famous eagle logo for Herbert Yates' Republic Pictures and, when not assigned to film projects' was a prolific oil landscape artist, illustrator and magazine cover artist.  I seem to recall reading somewhere that Lewis was also one of the founding members of the American Society of Cinematographers, though I haven't been able to confirm this as of this blog posting. Lewis Physioc lived a very long life and passed away in 1972.

So, now let us celebrate my current selection of choice overlooked films matte shots and assorted trick work.
There is some great material here friends, and a nice balance of really groovy miniature shots (so obscure I'd be surprised if anyone else has seen the vintage Ealing Studios flick) together with the requisite painted mattes which should satisfy the 'model fans' out there, of which there seem to be plenty, like those darned pods that keep multiplying in the still brilliant Invasion of the Body Snatchers with Kevin McCarthy... though, as usual, Pete digresses.  Do I often drift off track??

Enjoy, and give me your feedback. 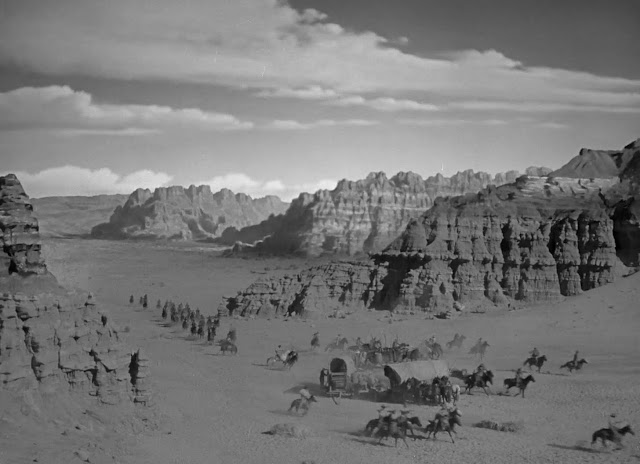 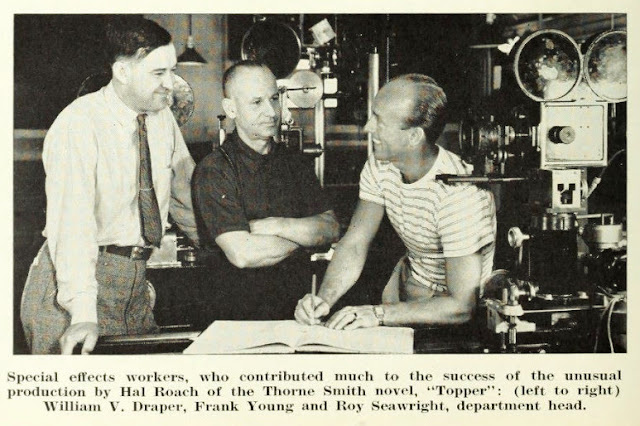 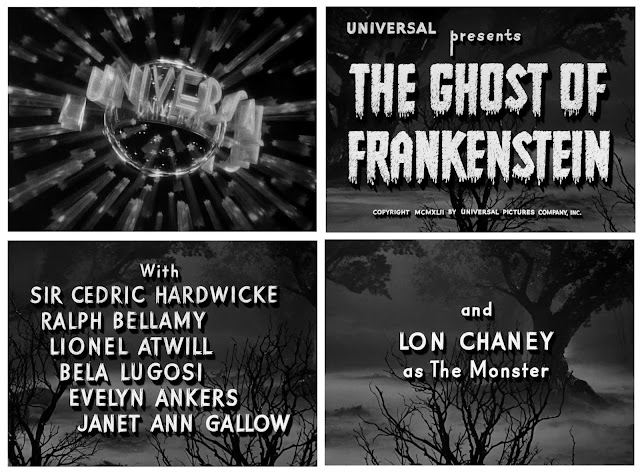 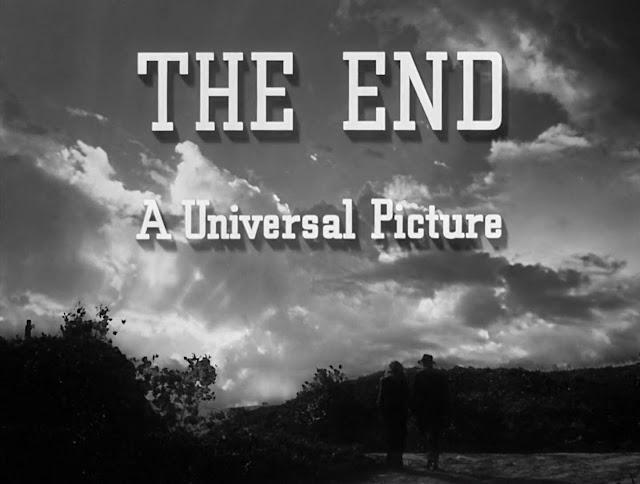 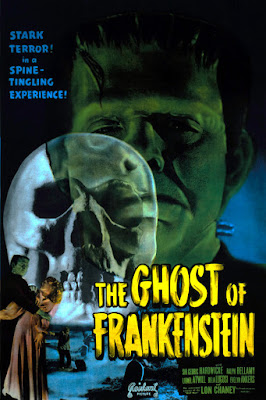