Hi there fellow devotees of the magical trick shot world from days gone by, where movie miracles were created by the most modest of mediums by a highly specialised and select assembly of talented artists and cameramen.  All who follow my blog will easily appreciate and value the consumate skills and imaginative innovation applied therein, rendering so many memorable moments, not to mention the enormous cost effectiveness.

Todays blog post is a departure of sorts from the usual clinical examination of matte painted shows of old as I wish to bring to my readers attention a forthcoming auction of traditionally hand painted mattes from the vast collection of visual effects cinematographer Bill Taylor.  As previously detailed in various NZ Pete blog posts Bill was Albert Whitlock's cameraman at Universal for a decade before establishing a highly successful visual effects company, Illusion Arts, with long time associate, matte artist Syd Dutton.  Illusion Arts specialty was in matte painted shots, with literally hundreds of these being rendered over many years for feature films, commercials and television shows.  The sheer volume of traditional mattes executed was mind boggling - and that was prior to the company eventually shifting gears and moving into the digital arena.

The upcoming auction, held by Heritage Auctions in Texas, promises to be unforgettable.  I have illustrated all of the matte paintings here, as well as a great number of close up detailed views as possible.  Also part of the auction are a number of conceptual paintings, rendered for proposed matte shots.  I have only included a handful of these here, with some particular standouts that I personally like.  Some of Syd's incredible fine art also features in the auction - largely of a fantasy theme - though due to an already heavily overloaded blog post I haven't included them.  They can be easily found on the Heritage web site.  The bidding commences on June 28th 2021.

Interestingly, a wonderful and very rare non-Illusion Arts matte is featured as well in the auction - the spectacular Howard Fisher cityscape as seen in IT'S A MAD, MAD, MAD, MAD WORLD.  I'll add those excellent high rez images in a subsequent blog. 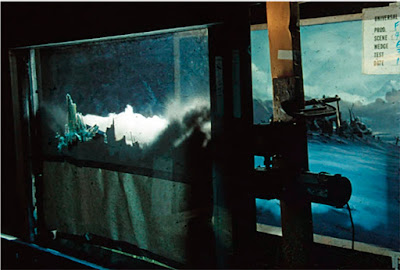 ***This post, and all 170 previous blogs known as 'Matte Shot', were originally created by Peter Cook for nzpetesmatteshot with all content, layout and text originally published at http://nzpetesmatteshot.blogspot.com/ 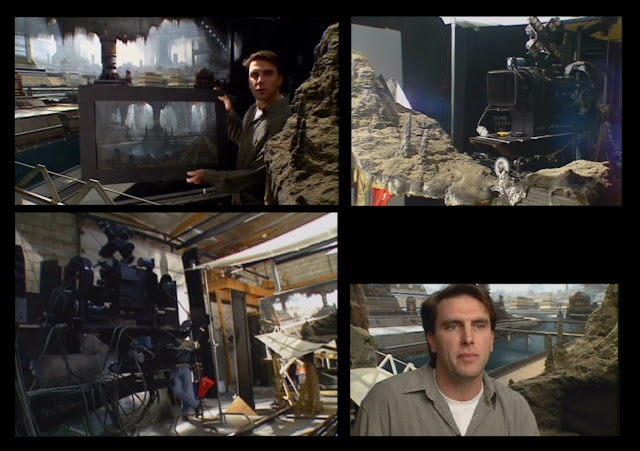 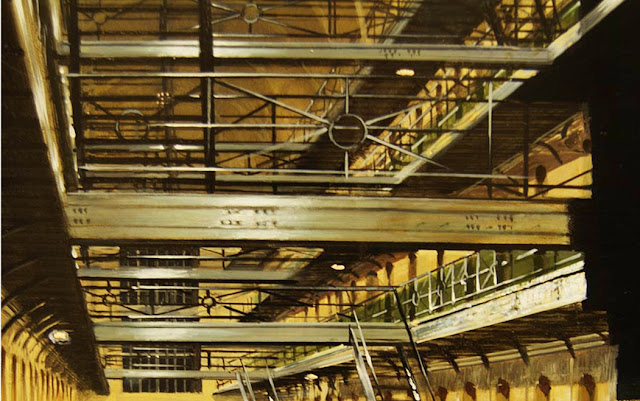 -------------------------------------------------------------------------------------------------------------------------
Well folks, that's about it.  I do hope that some of you loyal fans of traditional matte artistry enjoyed this, and moreso, find yourselves in a position to acquire a genuine piece of trick shot history to enjoy and appreciate.
Pete's Closing Remarks:
I'd like to close on a completely non-matte related topic (if there even is such a thing?).  I tend to watch mostly British and Scandanavian television series, and a great deal of material from Europe, as there is just such a freshness and originality to so much of the material and realism in the performances.  I have just finished all five seasons (that's fifty hours all up) of probably the best series I can recall seeing for decades - THE BUREAU (aka LE BUREAU DES LEGENDES) - an outstanding, multi-layered, densely plotted French spy thriller created by Eric Rochant, and starring Mathieu Kassovitz.  It's rare indeed for any film or tv show to be as meticulously concieved and written, with not a wasted word in the subtitled dialogue, nor a false note within any performance. The complex and tangled spider web like events of immersive Deep Cover centre around the DGSE, which is France's version of MI6 or the CIA.  This series gets my highest possible recommendation.  If you enjoy John LeCarre novels and films, and the excellent US series HOMELAND, then THE BUREAU is a must see.  You may well think twice before trusting anyone ever again.    Brilliant!
Pete 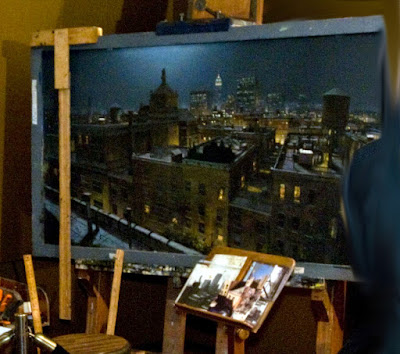 ***This post, and all 170 previous blogs known as 'Matte Shot', were originally created by Peter Cook for nzpetesmatteshot with all content, layout and text originally published at  http://nzpetesmatteshot.blogspot.com/
Posted by NZPete at 01:58 8 comments: