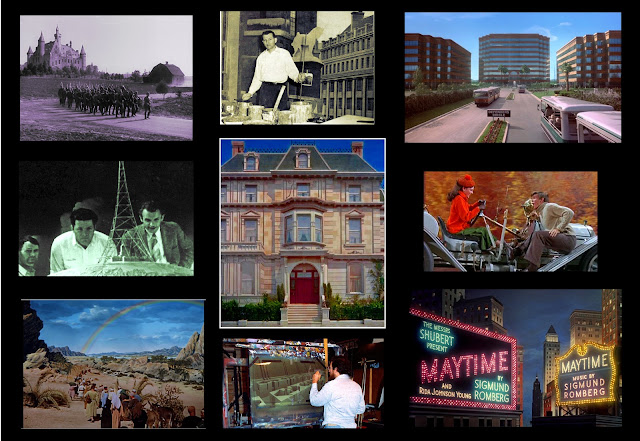 Greetings friends and fellow enthusiasts of all things matte painted and hand crafted in the realm of motion picture trick shot magic, from an era we are never likely to see again.  This month I've assembled another grab-bag of amazing matte shots from a wide range of films and genres - from early top shelf RKO true-life drama, to wild Disney high-jinks; a glossy all-star MGM musical; a lushly saturated 'B' side Biblical flick and, astonishingly, even a relatively modern Meryl Streep comedy no less (where the sole reason for viewing are the beautiful mattes from the wonderfully inventive fx company Dream Quest, though I digress...)  Yep, NZ Pete has all bases well covered and never lets a genre, era nor special effects exponent escape his long reach if at all possible.  There's some great material here folks. 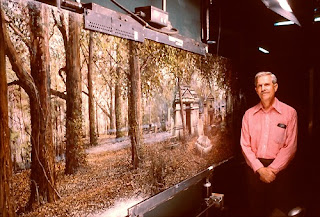 Albert Whitlock update:
As readers will know, in addition to my extensive three part retrospective on virtually all of the hundreds of mattes and effects shots that Albert ever produced, I've also been in close contact with Al's friend and documentarian Walton Dornisch who as we know produced the fantastic doco on Albert way back in 1980, Albert Whitlock-Master of Illusion.  Each month Walton uploads additional unseen material originating from that initial shoot all those years ago - material that has been carefully stored on original one inch video as raw footage.  In fact, Walton described for me the tricky process required in 'baking' the video tapes (I'd never heard of that till now) so as to prevent the oxide from literally crumbling off the base, due to the age of the tapes.
The interview process between Dornisch and associate Mark Horowitz with Albert was lengthy and detailed, amounting to over 100 hours of precious, historically important video taped material that was both revealing and incredibly insightful to movie buffs and visual effects artists alike.
Among the segments specially prepared and uploaded to YouTube have been the high def master of the original 1980 doco, still photograph galleries, before and after showreels and most recently the first in a series of out-take reels which, informally, show the master at work while candidly sharing his own philosophy of the artform and the business in general.  The first sampler can be viewed here.  There will be much more to come as Dornisch compiles the mass of taped material.  Thank you Walton... we owe you one!

A Blast From The Past:
I love old time matte shots, and have a personal preference for the early days, with the 1940's being my own 'prime' favourite matte period where the artform was in maximum use and at its peak, in terms of bold application and a certain, though soon to be, long lost sense of romance of old Hollywood.  Today's blast from the past is a revealing glimpse at the matte process at Paramount Studios, circa late 1920's to early 1930's.  These wonderful historic photographs below - just a portion of a sizeable collection - generously came to me from the daughter of career matte artist Jan Domela some years ago, for which I remain ever so grateful.


Both Domela and Roberts started at Paramount on the West Coast about the same time in 1926 and worked on every film the studio produced that required mattes. From the early thirties Gordon Jennings would head up the effects department up until his untimely death in 1953, after which John P. Fulton would take charge.
Late in the game, around the mid 1950's, Irmin got more involved in Second Unit D.O.P work and won acclaim for his astounding location photography on films like SHANE as well as designing the now famous 'trombone-zoom' trick for Hitchcock's VERTIGO (which would later be used by many other directors over the years, the most impressive being Steven Spielberg for one particularly brilliant shot in JAWS.) and later assisted on other big effects shows like TORA!, TORA!, TORA! with vfx master, L.B Abbott.

Jan Domela would continue with Paramount for close on 40 years as matte artist, though his role would diminish somewhat come the sixties with mass cost cutting across the studio.  Domela would freelance for various studios such as Fox on THE AGONY AND THE ECSTACY; MGM on THE GREATEST STORY EVER TOLD and THE UNSINKABLE MOLLY BROWN; Columbia on THE MAN FROM UNCLE and Film Effects of Hollywood for HAWAII and various tv shows. 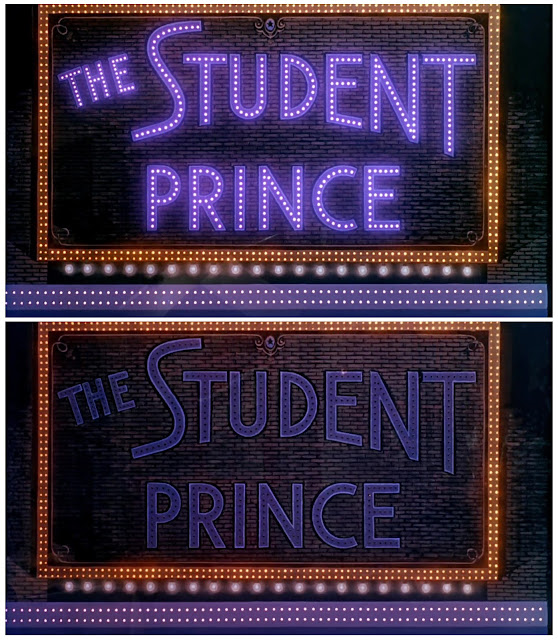 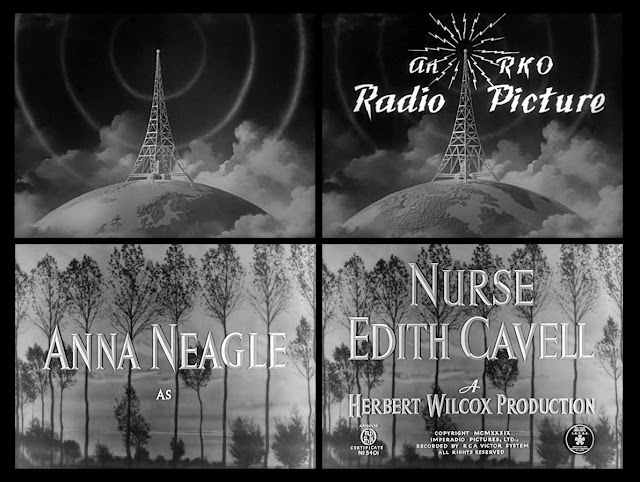 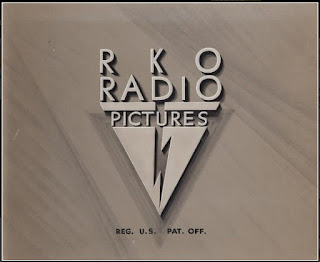 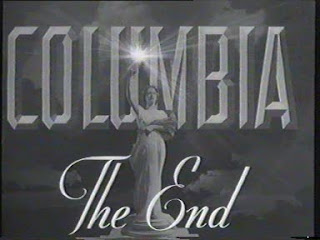