***This post, and all 169 previous blogs known as 'Matte Shot', were originally created by Peter Cook for nzpetesmatteshot with all content, layout and text originally published at http://nzpetesmatteshot.blogspot.com/ 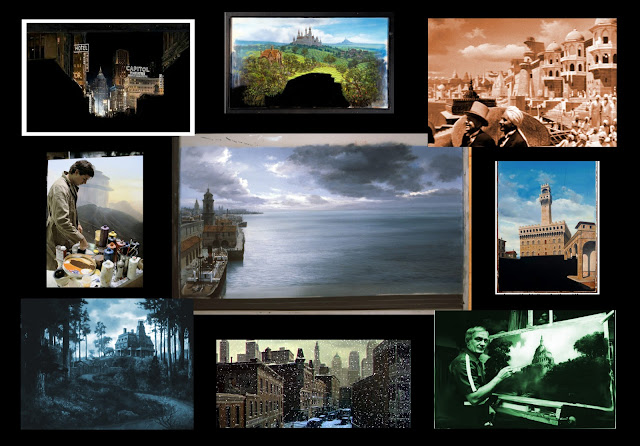 Hello again friends, film freaks and fellow fans of frequently fantastic, finely finessed and more often than not fairly phenomenal, if not fabulously formidable (unbelievably, I just plain ran out of "F" words...) old school special photographic effects.  It's well overdue for another utterly jaw dropping rollercoaster ride into the mysteries, marvels and magnificence of traditional hand painted, photo-chemical matte shots.
I am most excited about todays bumper blog post, as I have accumulated some utterly superb material - some of it never (I repeat, NEVER) seen before, that, to dedicated followers of the lost artform will surely be in awe of (money back guarantee ... assuming you've given Pete some money though!)
There are several films being celebrated here today, and are, as per usual, as diverse as one could imagine.  The films cover several decades, studios, methods and matte painting exponents, with at least half of these titles probably lost on the average casual viewer or special effects enthusiast.  But that's what Matte Shot is all about... to bring attention to as many films and studio FX department systems as possible, especially to those who only know cinematic magic as being pumped out of a PC.  So sad!
Ahead, among other things, we have an incredibly rare, never-before-seen revelation that are Albert Whitlock's original COLOUR matte paintings that he rendered for the significant black & white 1965 picture, SHIP OF FOOLS.  These mattes have been on my 'bucket list' - to see in their pure form - before I expire and shuffle off this mortal coil, and that particular 'wish' has now been fulfilled, thanks to my friend and fellow matte shot aficionadoTom Higginson, who is busy, as we speak sorting through the vast archive of every single Whitlock matte and visual effect, as well as all of the post-Whitlock era material from the vital Illusion Arts effects house that Albert's protoge Syd Dutton formed in 1985 in partnership with visual effects cinematographer Bill Taylor.
Also featured here today are a selection of amazing matte paintings that are, or have been, made available for sale to fans from the Bill Taylor collection, several of which haven't been publicised until now.  In addition, I've included a slew of unidentified painted sky mattes that even have the former Illusion Arts staffers baffled.

For those, like me, who love older films, I have a few vintage flicks - a shoot-em-up gangster drama from the sixties, and a pair from the 1940's, one of which - from Warner Bros - THE ADVENTURES OF MARK TWAIN is a fave of mine and ranks as one of my all time number one visual effects shows with its massive load of incredible trick work and highly complex multi-component effects shots, which were Oscar nominated in 1944.  Also featured are some rarely seen original matte paintings by Matthew Yuricich which will be coming up for auction later in the year.
So, sit back in your comfy chair, put your feet up, and enjoy (on anything other than a dinky little bloody cellphone, p l e a s e) the latest cruise where we collectively sail the seven seas of significant cinematic spectacle.
Enjoy
Pete

Among the cohort of great matte artists from the traditional era, Matthew Yuricich was one of the most highly regarded in the field.  I've covered Matt's amazing career in various capacities throughout my eleven years of producing this blog, with coverage of many of his achievements in the realm of painted mattes, none more so than my extensive oral history, Matthew Yuricich: In His Own Words piece which I ran back in 2012, shortly before his passing, and that can be found here.

There were but a small handful of exponents in the medium of matte artistry whose work - as invisible as it often was - made such an indelible imprint to the field of special photographic effects, and Matthew was one of them.  Recently I've been privileged to have been contacted by one of Matt's sons who informed me of a forthcoming auction (date to be advised) later in the year for a small selection of his fathers matte paintings, from an extensive family collection that overall numbers up to seventy mattes.

Illustrated below are the five mattes that the Yuricich family have chosen.  The films are all very well known, with each being a major visual effects event resulting in one of the following films, LOGAN'S RUN (1976) winning Matt the Oscar for his matte paintings, with three of the other four titles being nominated for Best Special Visual Effects; BLADERUNNER (1982), GHOSTBUSTERS (1984) and STAR TREK-THE MOTION PICTURE (1979). 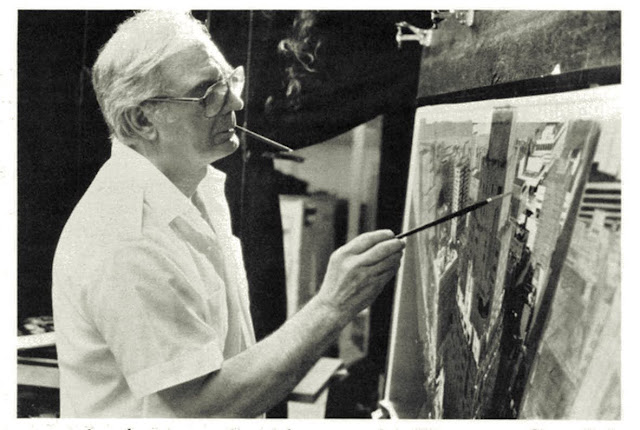 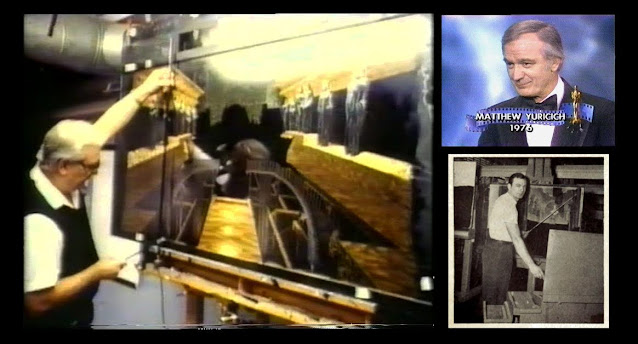 --------------------------------------------------------------------------------------------------------------------------
THE UNIVERSAL & ILLUSION ARTS MATTE ARCHIVE, continued:
In previous blog entries I have highlighted a number of original matte paintings that formed part of the extensive collection from the old Universal Studios matte department and it's highly successful and in demand mid-eighties re-boot as Illusion Arts.  As mentioned earlier, both Bill Taylor, ASC and Syd Dutton were the backbone of Albert Whitlock's Universal operation from the mid seventies, both beginning at the studio for THE HINDENBURG, with Bill serving as Al's director of all vfx and optical composite photography, while Syd started off as apprentice matte painter under Albert, though his obvious talents quickly established him as a fine matte artist in his own right, with hundreds of features, television shows and commercials under both his and Taylor's belt all the way through the photo-chemical traditional glass painting era, right on into the digital realm.
Bill Taylor has carefully stored (temperature controlled) and maintained the hundreds of original mattes, as well as some 10 plus hours of 35mm before and after reels from not only the Illusion Arts era but also Whitlock's extensive Universal career that stretched back to around 1962.  These are all being meticulously transferred to a digital medium, with a great many requiring expensive restoration or colour correction due to the passing of time and the limited lifespan of original dyes used by processing laboratories.
Also, most exciting for old film buffs like me, Bill has dragged out some old vintage before and after reels that pre-date even Whitlock, and are remnants of the very long Russell Lawson era at Universal.  I am so thrilled at this find and simply cannot wait to see or hear what they contain.  As anyone who reads this blog will well know, Russ was matte painter on hundreds of classics (and 'B' films) such as THIS ISLAND EARTH, ALI BABA AND THE FORTY THIEVES, TARAS BULBA and countless Abbott & Costello flicks, Jon Hall & Maria Montez 'Arabian' melodramas and all those highly memorable Universal Karloff-Lugosi horrors and groovy sci-fi drive in shows like THE MONOLITH MONSTERS. Most notably, Russ contributed a veritable truckload of mattes (with John DeCuir) to one of Alfred Hitchcock's best films, the fabulous SABOTEUR - which was a huge effects show.  I sure hope to see some glimpses of any of these!
Over the past few months a large number of mattes have appeared on ebay, and in the coming months more will be added.  An auction for around a hundred or so high profile mattes is planned in the near future, while the final disposition of other vinatge Universal mattes has yet to be worked out, but I understand some will go to the Academy of Motion Picture Arts and Sciences. 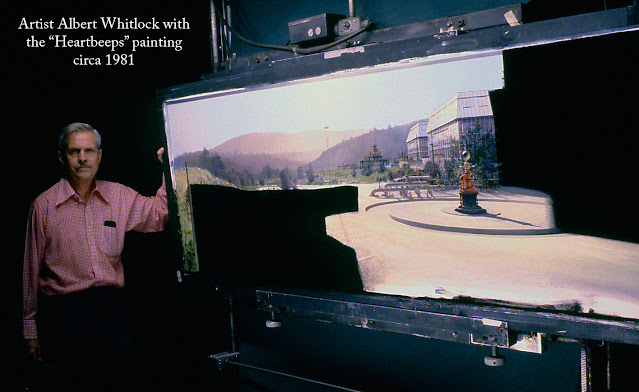 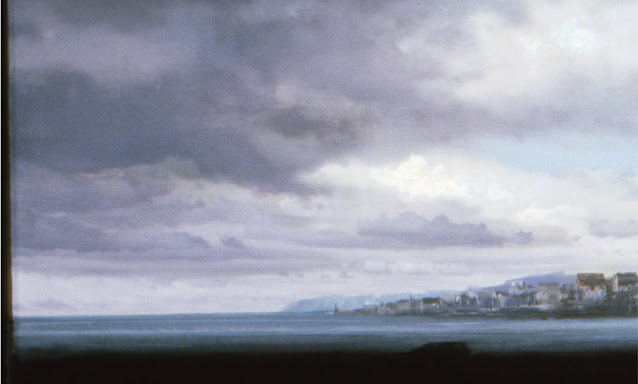 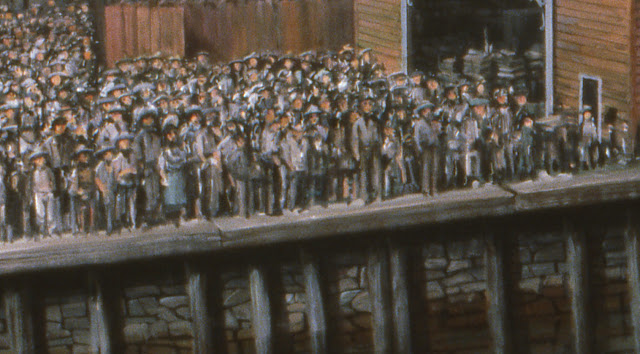 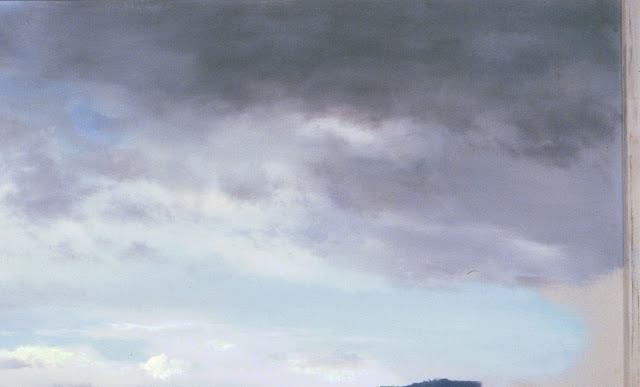 * A special thank you to Tom Higginson for sharing the colour images.  Very much appreciated. 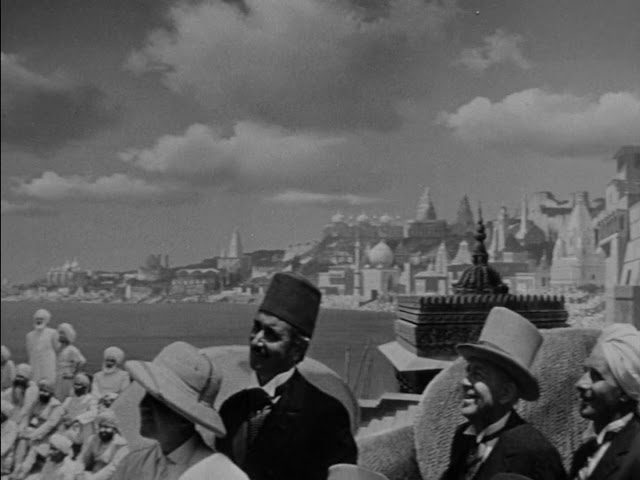 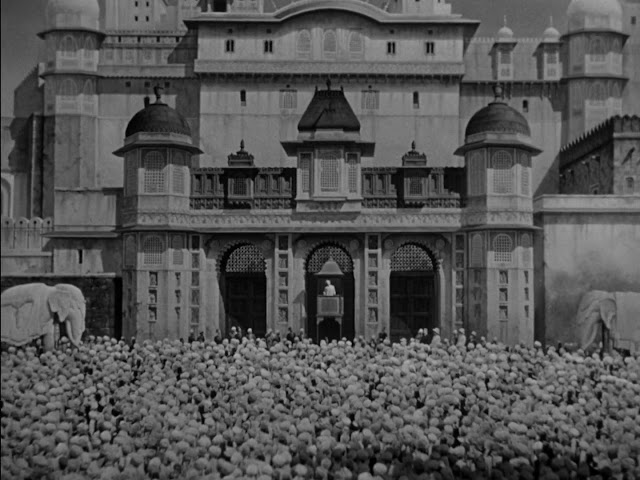 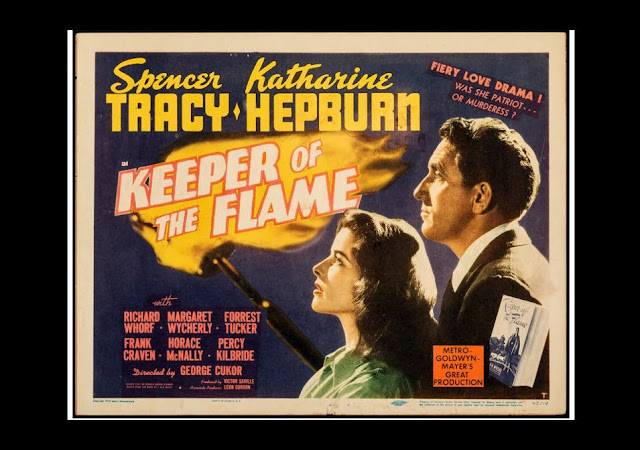 OMISSIONS FROM MY PREVIOUS BLOG:

I covered the 1994 post apocalyptic teen video game saga DOUBLE DRAGON in the last blog, but completely overlooked a pair of Robert Stromberg matte painted shots, so in an effort to be complete, here they are.

Among the clearout of old matte paintings from the former Illusion Arts collection are this handful of painted sky mattes that remain a complete and total mystery, even to Bill Taylor, Syd Dutton and Robert Stromberg.  If anyone has any clue, do let me know. 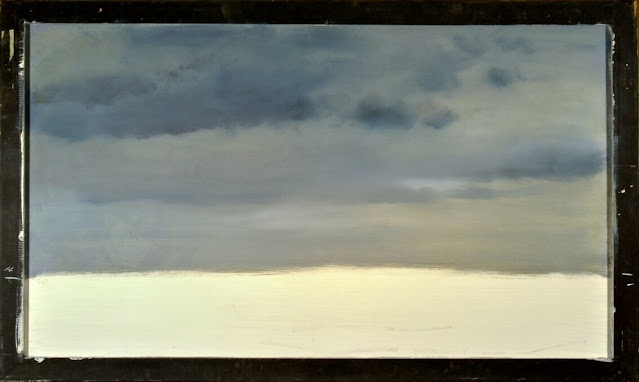 ***This post, and all 169 previous blogs known as 'Matte Shot', were originally created by Peter Cook for nzpetesmatteshot with all content, layout and text originally published at http://nzpetesmatteshot.blogspot.com/

I hope that proved an illuminating and revealing journey.  Do send me your feedback and let me know if any of you have any matte images to share, or recommendations.
Stay safe, wherever in the world you happen to be.
NZ Pete
Posted by NZPete at 18:45 27 comments: