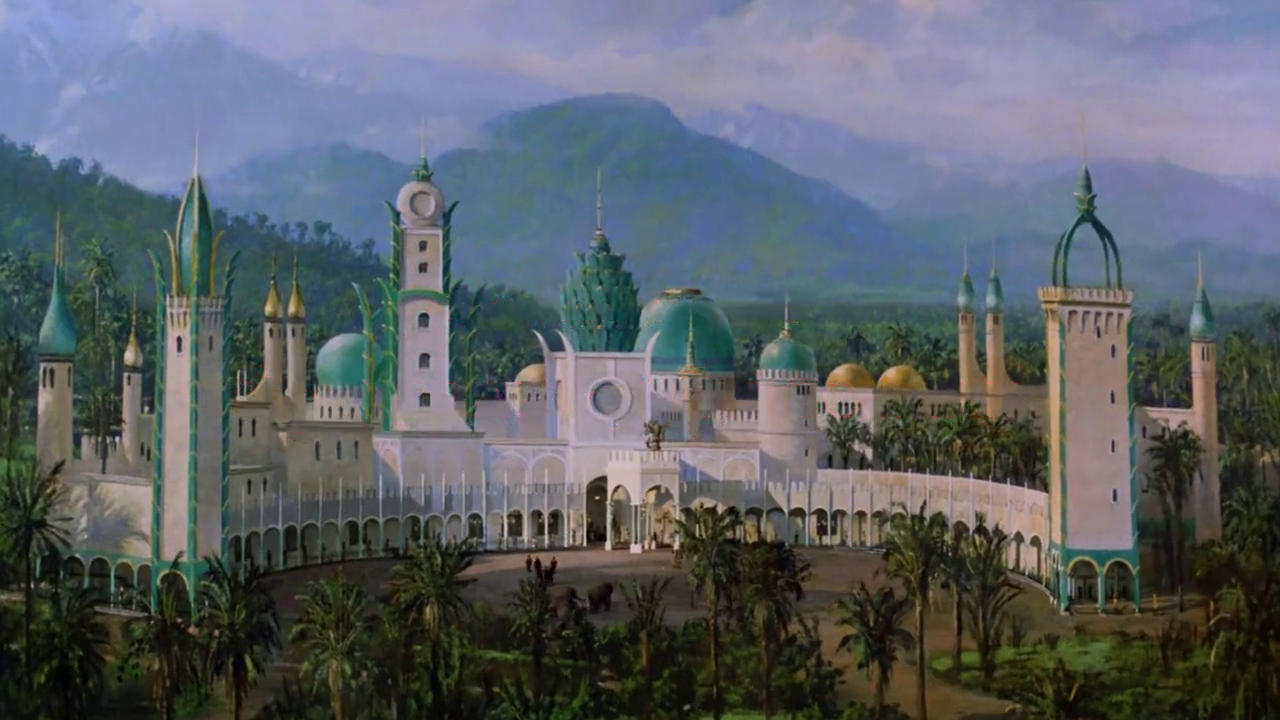 I've had a bit of a break, what with other things to do here and so forth, but I'm back with another of my giant, museum gallery scale blog posts of wonderful matte art from the hand made era, many of which you wouldn't have seen before and a good number of which are shown here for the first time in high resolution BluRay matte shots. I've been amassing an enviable collection of terrific BluRay matte screen grabs since we last met and for the most part they are eye popping and I'm most certain you'll approve. I just wish more older material would be released on high definition... so many films deserving of the format, and so few of what I'd term worthy titles that do indeed make it. 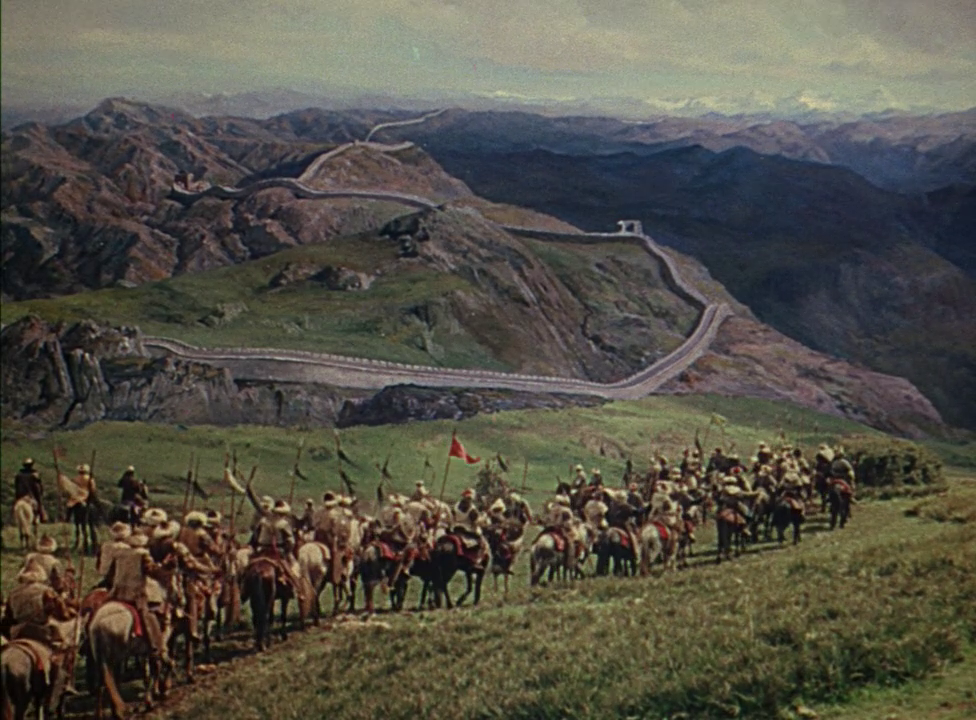 Shots from shows like SOUTH PACIFIC with it's magnificent Bali-Hai mythical paradise look a million dollars now in high resolution as you'll see later in this article, as do some of the old Universal ARABIAN NIGHTS shows, the big MGM Biblical epics and even little classics like MOST DANGEROUS GAME and WHITE ZOMBIE which also are included here for good measure.  Several classic Albert Whitlock shows such as THE WIZ are finally demonstrated at their finest as well, though space issues sadly don't permit me to upload every shot I'd like to!  I'm often trying to dream up subject topics for intended blogs so as to make use of the many, many matte shots I have. 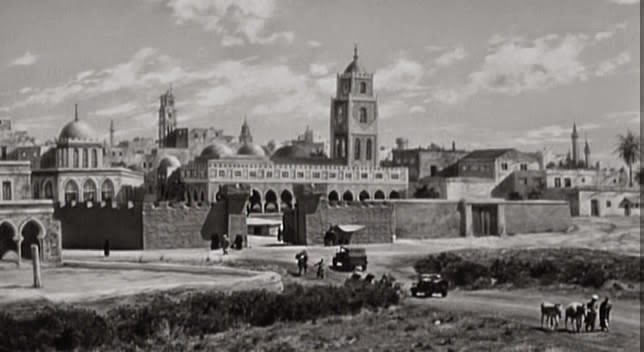 Just before I begin I'd like to poll my readers to try and establish if any of you experience problems in loading my page or certain images and opening up any image links?  I used to make everything into 'jpeg' images but haven't bothered for some time as most of my own files are 'png' images and many earlier matte grabs were 'BMP' images.  It was a hassle to transfer so many files into jpegs for these huge blogs so I haven't bothered in some time.  I raise the question because I've been chatting with Jim Danforth recently and he experiences constant problems trying to access my site. 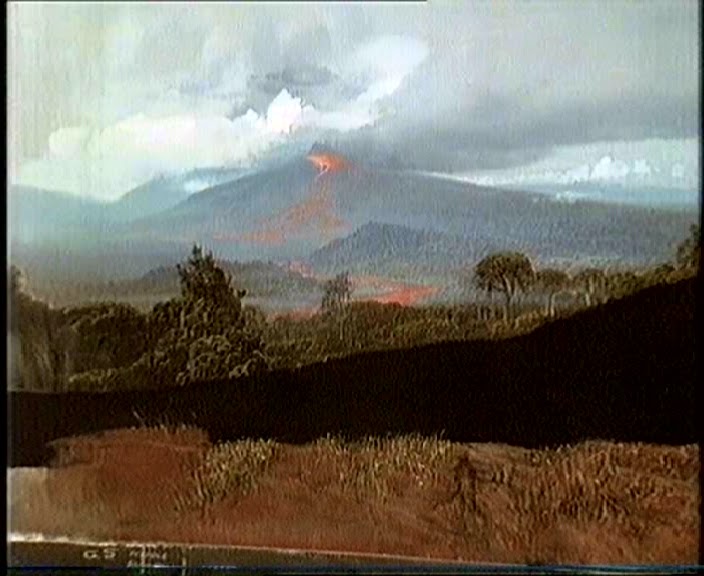 Jim told me he finds it problematic to load NZPetes Matte Shot overall, the 'png' files don't seem to display, and worst of all, those same png's refuse to open!  Is this a common problem among you matte enthusiasts I wonder.... and if it is I'm upset as you're missing out on so much great imagery my friends.  Jim's computer refuses to accept anything image wise that's not a regular jpeg or a PDF. I realise my bloggings are often unwieldy and even cumbersome, but hey, the passion runs away with me on this subject and I do want likeminded folks to get their moneys worth.  Please leave comments on this potentially serious issue so as I may address any problems as best I can (with next to nil computer skills). I'd hate to think that all my archival work goes unseen or presented problematically.  Let NZPete know a.s.a.p. 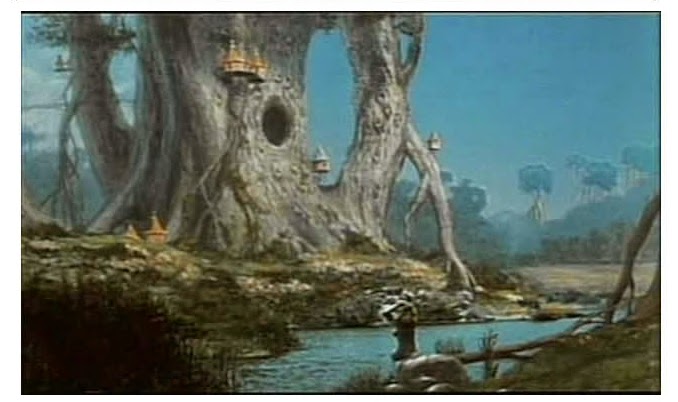 While on the blog in general, it has been a worry for some time that some (or possibly many for all I know) of you fine folks may be only viewing these posts on those bloody godamned hand held smart-arse phone 'toys' and not on a real computer (or laptop) screen!! Perish the thought.... how on earth can one possibly take in the majesty, grandeur and skill of these talented craftsmen when glancing at their handiwork on something the size of a bar of freakin' soap.  Should I find any readers using said devices to view matte shots, said device will be promptly confiscated and deposited where the sun don't shine!  Get yourself a trustworthy Proctologist or a decent sized computer screen - the choice is yours.  I will be keeping an eye on you... you won't know where or when...! 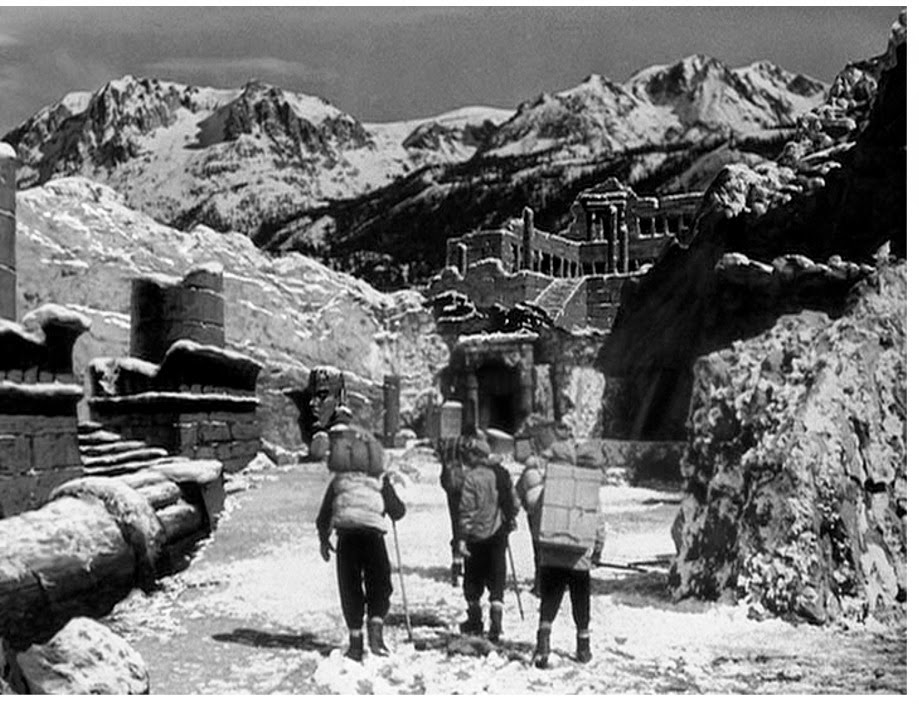 Anyway, I digress... so back to todays somewhat overdue blog... matte art from what I term lands of wonder, romance and high adventure... and what a treasure trove I have for you today.  Just the label heading this post is enough to conjure up endless visions and memories for each of us from a time when movies were an event that transported us to another time, another place and another dimension.  I have so many shots that I'll break this into 2 or 3 posts (something I'm loathed to do normally as I fear I'll lose interest and never finish the thing as planned).  I'm saving a whole truckload of mattes dedicated to science fiction, future shock and other worlds etc for a subsequent post as I just have too many!

So friends, sit back in your comfy chair, put your feet up, put on an appropriate CD (NZPete personally recommends British band Zero 7 as well as fellow UK group Morcheeba, and no, I'm not getting paid to say that.  man, are they great, especially all their earlier stuff) and journey to some of the best 'lands' the matte artisan has made a reality... just for you.


*Well friends, that'll do for now.... all this two finger typing takes it out of a guy.  Stay tuned for Part Two of Lands Of Wonder where we'll take a look at the future and lands of a science fiction or other worldly genre, with some great BluRay shots among them.