Welcome folks to another matte and miniatures retrospective where we’ll take a trip back to 1967 and look at the wonderful Oscar nominated special visual effects from the WWII action film TOBRUK. 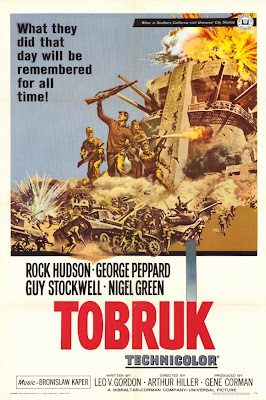 However, before we do so, let me say how pleased I am with the feedback I’ve received from all quarters on my last blog article, ISLAND AT THE TOP OF THE WORLD.  It seems that a heck of a lot of people really love the film and some even regarded it as instrumental in their getting into the special effects business themselves much later on.   I’m sure all readers of this blog have their very own film whereby the proverbial ‘penny dropped’ and a lifelong fascination with cinematic trickery was firmly and deeply rooted.  For me it was an early 70’s late night tv showing of KING KONG which sealed the deal, which even though I’d been raised on so many of Ray Harryhausen’s  tales of mythology and high adventure, the yearning to actually see KONG in a format other than those bloody wonderful Famous Monsters of Filmland photo spreads was in itself a ‘quest’ finally fulfilled.

While on ISLAND, we’ve not heard the last from Harrison Ellenshaw as I’ll be posting a substantial career retrospective and interview with him soon but just wanted to squeeze in a few smaller articles which have been on the back burner for a while such as today’s topic, TOBRUK as well as a look at all of the photographic effects from CITIZEN KANE (more than you’d think!) 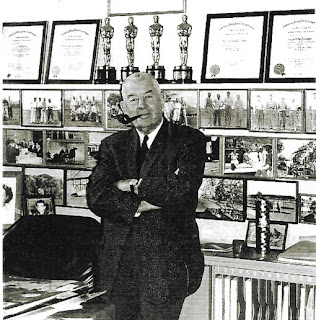 I had the privilege some time back to proof read and offer my two cents worth on an advance draft of the very, very long overdue memoir of the legendary MGM special effects chief A.Arnold ‘Buddy’ Gillespie, a weighty tome which Gillespie himself had penned in the early sixties but for various reasons never found a publisher….until now!  It’s with great pleasure that I’m able to report the publication and availability of The Wizard of MGM - The Memoirs of A.Arnold Gillespie, thanks in no small part to the dedication and hard work of Buddy’s grandson, Robert Welch who has worked tirelessly over the past few years in making this unpublished manuscript a reality. 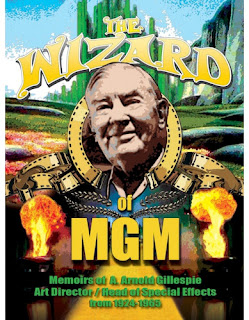 Although I’ve not seen the final edition I can state that based on the early draft I have that this book is a must have for all fans of traditional special effects and trick work.  For those unaware of Buddy’s background, he began his marathon career as a draftsman at MGM in the twenties and soon graduated on to art direction under Cedric Gibbons before moving into special effects as assistant to Metro’s head of SFX, British born James Basevi.  From there Buddy would assist Basevi on many films, eventually taking over the headship when Basevi left MGM, where he would remain until his retirement in the early sixties. 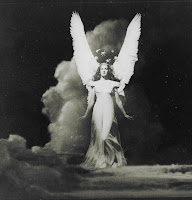 The Gillespie catalogue of films is as lengthy as it is impressive, with such noteworthy entries as SAN FRANCISCO, both BEN HUR’s, many TARZAN's, GREEN DOLPHIN STREET, FORBIDDEN PLANET, COMRADE X and THIRTY SECONDS OVER TOKYO (his best in my book) to name but a few.  Gillespie was a multiple Academy Award winner and was (and still is) recognised throughout the industry for his ingenuity, broad ranging skills and an innate ability to solve the most head scratching effects problems. 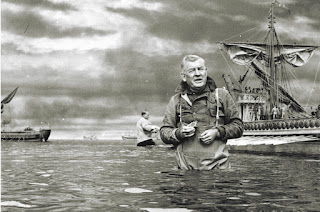 Buddy was a true craftsman, and by all accounts, a real gentleman – loved and respected by all, which may account for the lengthy and heartfelt foreword by top shelf Metro stars Spencer Tracy and Katherine Hepburn no less, which is quite wonderful in itself.  Among his many areas of expertise, Buddy was probably best known for his astonishing miniature work in literally hundreds of films, and naturally the book covers this specialty in comprehensive and profusely illustrated detail. All of his tricks of the trade are brought to the fore, especially on the films mentioned above and the many war films MGM produced.  In addition, Gillespie includes a chapter on matte painting at MGM and a profile on his long time associate Warren Newcombe, who was just as instrumental as Buddy in assuring quality control of Metro’s FX output that stood head and shoulders above the rest of the studios. 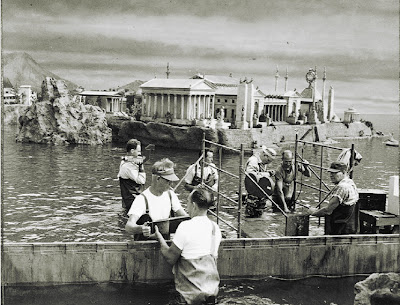 Gillespie is generous in his accounts, with high accolades being shared among his dedicated team of specialists, with miniature maker Donald Jahraus, effects cameraman Max Fabian and photographic effects man Clarence Slifer being singled out as absolute geniuses, without whom, in his own words, Gillespie’s work wouldn’t look half as good up on the screen.
The book is loaded with behind the scenes photographs from Buddy’s personal collection, the majority of which have never been seen before.  Although penned in a somewhat wordy style as one might encounter from a bygone era, it’s without hesitation that I recommend TheWizard of MGM – The Memoirs of A.Arnold Gillespie to readers of this blog.  It’s as much a unique historical document as it is a ‘how to’ manual.  Fantastic and essential! 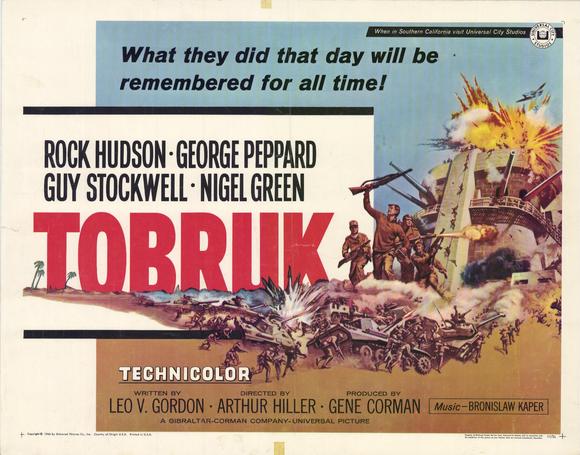 While not one of the memorable war pictures of that decade, the 1967 desert actioner has a fair bit going for it with a ton of action, terrific miniature work by Howard and Darryl Anderson and wonderful matte paintings by Albert Whitlock.  Couple this with the fact that the film made a ton of money for Universal, they felt the need to remake it just a few years later, complete with most of the action, stunts and effects shots re-used, the formula obviously worked.  I first saw this at a Saturday afternoon double feature with, I think, PT 109 with Cliff Robertson at the lovely Mayfair theatre (R.I.P) in suburban Auckland in the early 70’s and loved it.  Hell, anything where the good guys swing past Nazi pillbox slots on ropes while heaving in hand grenades with the inevitable ‘ka-boom’ was crowd pleasing at it’s best.

I love war films, especially dealing with the Second World War.  My own grandfather was in both world wars – he was underage for WWI and faked his age (15) to get in and do his bit for King and country, but the man also pulled a fast one again for the next war whereby he was too old (and was married with children!) so that he go back “and get to finish what I started”  in The Great War.  He was in North Africa in WWII and fought (and survived) the desert campaigns, so this bit of history is of interest to me, as are my memories of this wonderful man.

Rock Hudson heads up the cast of TOBRUK and makes the best of the action oriented scenario under the direction of Arthur Hiller.  I always thought Hudson could better himself from all those fluffy lightweight rom-coms, and the astonishingly brilliant John Frankenheimer thriller SECONDS made just the year before that showed a Rock Hudson we’d never seen before – and sadly would never see again….but what a performance, and one hell of a film!  Of interest, Frankenheimer, among his many great films such as the riveting SEVEN DAYS IN MAY (an all time fave for me) directed a superb WWII picture of his own, THE TRAIN, starring Burt Lancaster.

The TOBRUK effects work is great.  A number of excellent Al Whitlock painted mattes are utilised, with a few expansive panning matte shots which encompass vast companies of Rommel’s tanks at the ready – all painted.  Many of Whitlock’s mattes are recycled for the remake/sequel RAID ON ROMMEL (1971) and are curiously all optically ‘flopped’, probably in some bizarre effort to disguise them(!) Several painted mattes and live action are combined with travelling mattes to good effect. 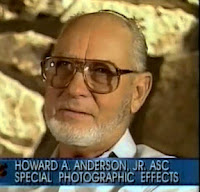 The film really stands it’s ground in it’s superior miniature battle sequences which occupy the majority of the latter part of the film.  Beautifully staged and photographed miniature work with surprisingly effective scaled down pyro effects for the time, which isn't always the case in films of this vintage.  All round excellent model work by a regrettably uncredited Howard Anderson and his effects company, and I must compliment them on their cinematography here, with depth of field – normally a problem – being spot on and believable.  Veteran mechanical effects expert Fred Knoth handled the full scale destruction here and would hit bullseye a year later with his death defying pyro work in John Wayne's oil well firefighter picture THE HELLFIGHTERS.
The sad part is that although TOBRUK was up for the Oscar in best visual effects, but inexplicably lost out to the atrocious DOCTOR DOOLITTLE that year… but don’t get me started on bloody Oscar injustices!

Next up:  The Special Photographic Effects of CITIZEN KANE
Soon:       The Sky's The Limit - The Artistry of the Matte Painted Sky.
And:        Harrison Ellenshaw talks candidly about his career and the influences of Peter & Pop.
Posted by NZPete at 22:08 12 comments: