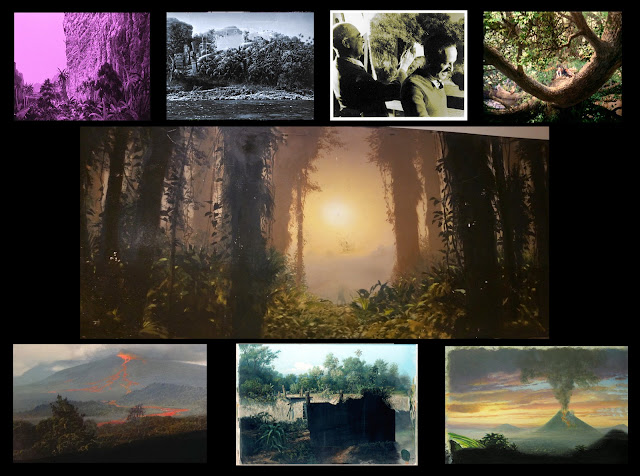 Hello friends and assorted special effects freaks - and I do mean that in the nicest possible way  ;)  It's that time again where, after a sweltering summer break I have finally found the motivation to plod away at one of these mammoth blogs.  It's always a strange process trying to come up with new topics for these blogs as I have so many matte images I want to share, so it can be a struggle trying find a decent enough reason.  Generally, I find that while walking my dog blog ideas spring to mind, with a myriad of flashbacks to particular films I've seen and how they might figure in the greater scheme of things in a potential matte blog.  Today I have something that I'm sure many of you will find quite interesting and really not really examined until now - the wonders that are the matte painted jungle. 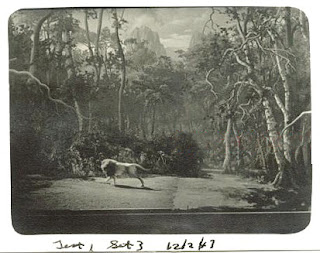 If you are anything like me many of you will have been weened on the old TARZAN pictures and various assorted daffy jungle adventures featuring exquisitely presented heroines of the Dorothy Lamour or Maureen O'Sullivan magnitude - and to a lesser extent Maria Montez - with these glossy though wafer thin scenarios usually produced on larger than life backlot sets that have been extended into magical make believe locales by way of our best friend, the matte artist.  In an effort to be as comprehensive as possible I have included some classics, some lesser efforts and a handful of best forgotten films that span the all encompassing 'hand painted' traditional matte shot era. 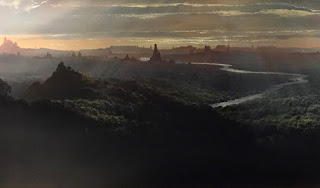 For my money, the painted jungle was never better than that depicted in the 1933 bona-fide classic KING KONG.  Matte artists Mario Larrinaga, Byron Crabbe and Albert Maxwell Simpson  created the quintessential 'gardener's nightmare' - a foliage rendition of Dante's Inferno where danger lurked at every junction and a sense of unease was near palpable for the viewer.  That damp, humid, tangled hell painted on glass made KONG every bit as memorable for me as the creatures that inhabited the environs. 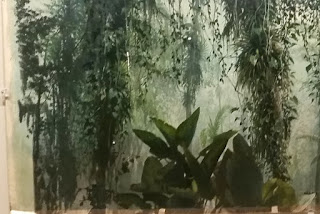 The same could not be said for the Dino DeLaurentiis reboot in 1976 which while having a few okay points (like John Barry's score), was a complete and absolute let down in the jungle stakes, such was the dreadfully unimaginative production design on Dino's film which for all intentions seemed to have been shot in a garden centre nursery.  I'd love to have seen what the proposed but unmade Universal adaptation THE LEGEND OF KING KONG might have been like. 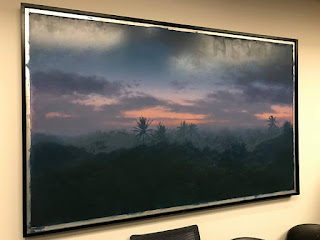 At least Peter Jackson got it right on the money with his version of KONG, and as a true devotee of the original I'd have expected nothing less from Jackson.
I've assembled a fairly substantial collection here with plenty of great TARZAN vistas, some WWII jungle movies, a few pirate yarns and plenty more.  Among the collection here are some very rare images and some never before seen photographs from family albums of old time matte exponents which, as good fortune would have it, fell into my hands fairly recently, for which I'm ever grateful.

So folks, let us stock up on mosquito repellent, fill our water canteens and set our compasses to "adventure" as we hack and slash a path through the cinematic foliage ...

I really cannot proceed without proper recognition and homage to the Goddess of jungle pictures, Paramount's own Dorothy Lamour who made many a flimsy tropical romp all the more memorable... 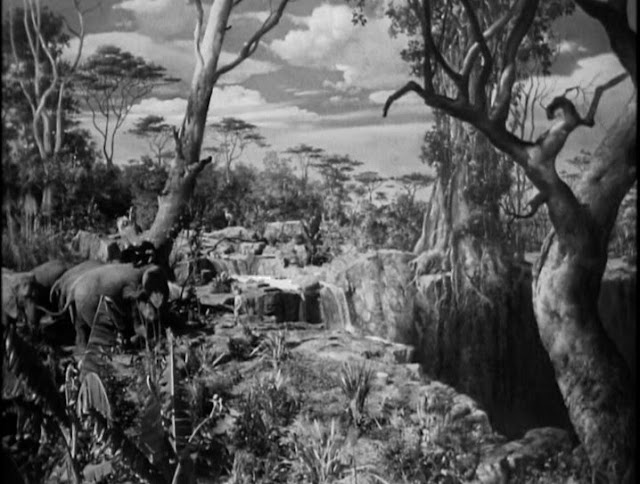