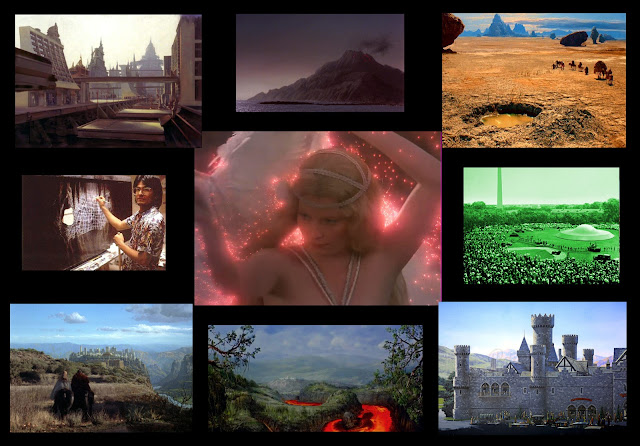 Greetings friends, and welcome back to another retrospective journey down the boulevard of old school hand crafted special photographic effects, matte painting and other magical methods now consigned, for the most part sadly, to distant motion picture history.
Today's collection of films fall within the science-fiction realm, not entirely by design, rather that was just the way it seemed to shape up as I was pulling out folders of matte shots and the like.
I've got a couple of vintage Gene Roddenberry TV movies here from the seventies, as well as a bona-fide masterpiece of the genre dating back to the early fifties.  Also featured here today are a pair of Emmy Award winning George Lucas' matte-packed made for television epics from the mid-eighties, illustrated for the first time right here by way of wonderful High Definition screen grabs.
To round it all out, there's also a top notch Arnold Schwarzenegger show as well as a theatrically released pilot for a popular Space Opera series.
There is some truly spectacular matte work on display here in todays blog, with a large number of exponents of the artform celebrated, ranging from the veterans of long ago, such as the Sersen Department at 20th Century Fox, right on through to masters like Albert Whitlock and Syd Dutton at Universal;  Dream Quest's Robert Scifo, as well as the magicians at Industrial Light & Magic - Michael Pangrazio, Christopher Evans, Sean Joyce and Caroleen Green - all of whom turned out remarkable matte trickery during the heyday of the photo-chemical era before it was all thrown mercilessly into the cinematic dumpster by the fast encroaching army of 'hard drives' and gigabytes, much like buzzards circling a lost lamb.  So sad. 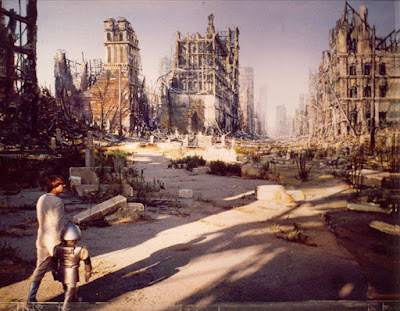 Also, just for good measure here today are some stop-motion clips as well as some outstanding backlit cel-animated optical gags - an arena NZ Pete especially appreciates and gets a big kick out of.
So, with that, it's time to commence our collective and awe-inspiring cinematic journey.
*(Apologies for any layout 'issues', as the Blogger platform has been apparently "re-invented" by Google, supposedly to make our user experience easier, though from past updates, this tends to end up being a major headache...).  This new version seems to have put an end to my idiosyncratic editorials where I place small pics at the left and right of the main body of text.  As the legendary BBC hotel proprietor, the misunderstood Mr Basil Fawlty once stated : "That particular avenue of pleasure has been closed off."
Enjoy, and I look forward to your feedback and comments.
Pete 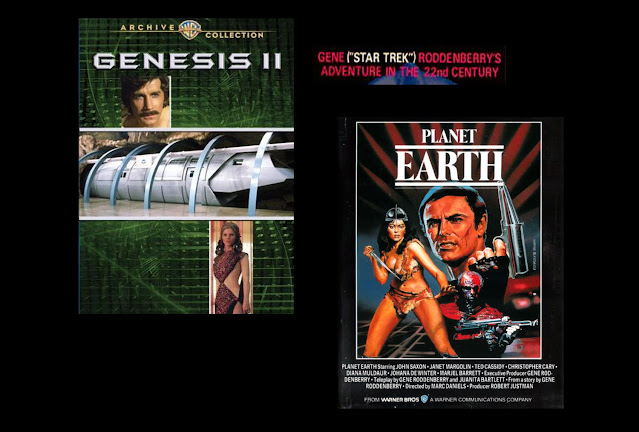 Two of at least three special made-for-television films produced by Gene Roddenberry in the mid 1970's.  GENESIS II was the better of these two by a long shot.  I suspect both were shot back-to-back as some of the same cast and sets appear in both.  Note; another Roddenberry TV film of the era, THE QUESTOR TAPES (1974) was really very good, and though I have it on DVD, I'd dearly like to get it on BluRay.  Here's hoping. 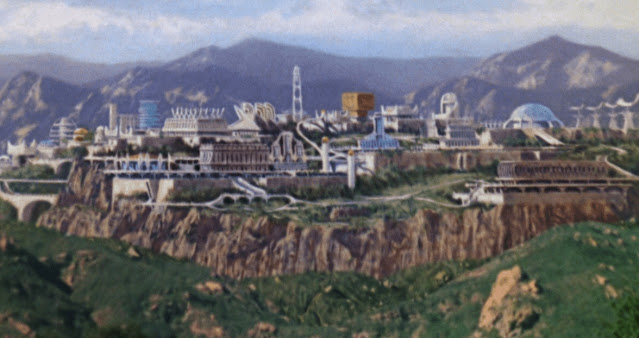 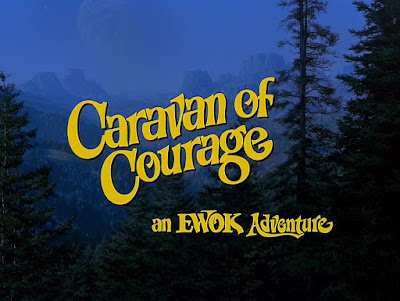 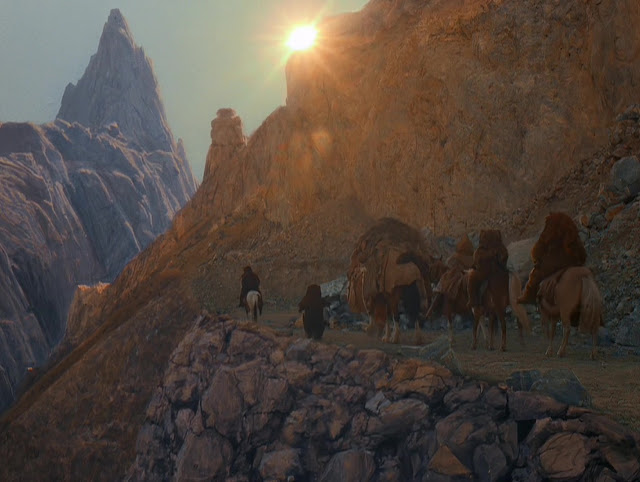 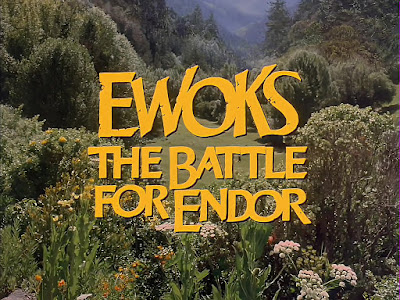 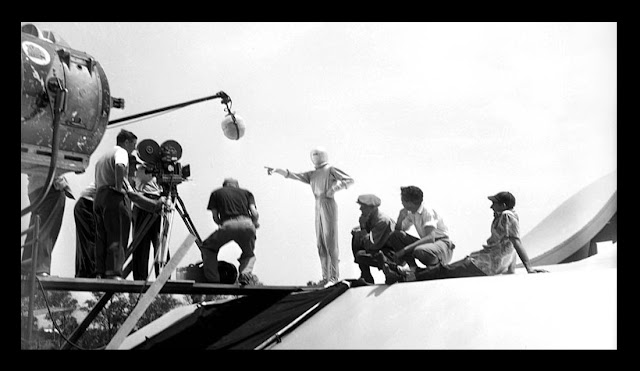 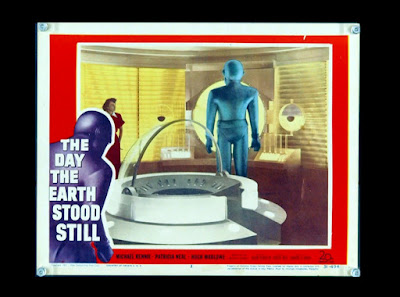 That's all for now.  Catch you all next time.  Stay safe wherever you are.
Pete
Posted by NZPete at 18:14 18 comments: