MATTE PAINTING REVIEW: A Selection of Overlooked Films - Part One 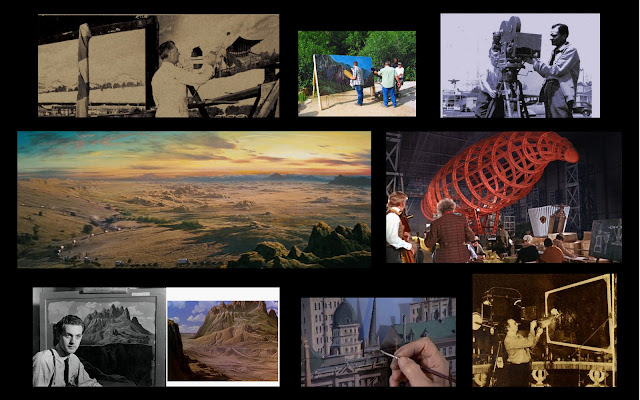 Hello Friends,
It's time for another dedication to those wonderful artisans and craftsmen who were responsible for so many memorable motion picture 'trick shots' from days gone by.  I say memorable, in that so many of these matte painted shots are memorable to me, and maybe a handful of other like minded folk who may also have actually seen the films in question.  I realise that many of the readers of NZ Pete's blog - particularly younger film fans - may be largely unaware of a great many titles that crop up on this ongoing archive.  I well recall receiving an email a few years ago after I did an earlier summary of Whitlock effects films, with the author stating how much he was educated by that particular blog, even though he'd never heard of any of the films illustrated(!!)   I needed a stiff drink immediately after the fact and a prayer to the 'celluloid gods' in sheer disbelief.

Pete's Editorial:
Anyway, on with the show, as they say.  I've often remarked that although I have a zillion matte shots, with more acquired every week, I often find it difficult to find the appropriate platform or overall theme to include so many of these.  Sure, I've come up with a multitude of topics such as Jungle Mattes, War Film FX or Urban Landscapes among the many examples covered by NZPete.  In fact I have a sizable one covering key matte moments in world history still to complete, plus an ILM tribute which covers quite a lot of ground indeed.


Today's blog however, is the first in a series of overlooked films that had worthy mattes and other effects - some from the distant past and some from more recent times though all largely unknown to the average viewer I suspect.  There are some great matte paintings featured, that I can tell you.  The genres are varied, as are the artists and technicians responsible, though regular readers of this blog will know there names and pedigree.
For this edition, I've covered four movies (I was planning on twice that but those big darn blog posts take their toll on Pete).

Albert Whitlock update:
As a follow up to my very extensive three part series on the master of illusion himself, Mr Albert Whitlock, I must inform Al's fans of the latest YouTube reel in the series put together by documentarian and Al's friend Walton Dornisch.  Click here to see it. Walton and Albert put together a showreel of some of Whitlock's own favourite mattes back in 1980 no less, and as you know, this video material has been carefully stored and catalogued ever since.  This reel is a 25 minute collection that actually has Albert's narration throughout, describing various methods and approaches that made each shot.  He even surprised me with his disappointment of some shots and how he'd loved to have redone certain HINDENBURG mattes, given the time.  How fascinating.  I should point out though that one or two of the shots (from EARTHQUAKE) that are included appear to be not the shot that Al is explaining, probably an oversight, so all is forgiven and we applaud Walton for bringing this amazing material to us after 40 odd years.  For this we are eternally grateful.

I'm told by Walton that up next is a lengthy collection of unedited and unseen conversations with Whitlock from the day, complete with a most curious insight into the numerous 'Whitlock-isms' that were inscribed on the walls workspace at Universal by the man himself.  Things like "It's better than a poke in the eye with a sharp stick" - meaning, that matte could be worse!  Watch this space.


A Blast From The Past...
Every so often a reader or even a complete stranger unfamiliar with my blog or my somewhat worrying and highly addictive fetish for all things matte related, will send me something quite out of the blue.  One such gift arrived recently which unquestionably was right up my street - an absolutely wonderful portrait of Golden Era matte painter Hans Bartholowsky busy with brushes in hand on a giant glass matte painting.  The excitement in my inbox was palpable folks.  I'd equate that with the dizzying thrill those Marvel people must have felt when the box office take came in from the opening weekend of, yet another (please, please...no more!) Marvel extravaganza, such was NZPete's happiness.  Yes, I know, there's much more to life than an old faded 8x10 photograph (bought as part of a box of unrelated 'junk' from a car boot sale I'm told) .... well, you might think so.  One man's cast-offs are another man's treasure.

Hans, or as he was sometimes known John or sometimes Johann, was one of the true veterans in the business, having started painting glass shots as far back as 1917 for the old Lasky Company, which eventually became Paramount.  Hans would go on to have a successful career at Warner Bros in their famed Stage 5 special effects unit alongside artists such as Paul Detlefsen, Mario and Juan Larrinaga, Chesley Bonestell, Jack Shaw and others.  The director of many science fiction and adventure pictures, Byron Haskin, started off his career as a trick cinematographer and for some years headed up Warner's Stage 5 and held Bartholowsky in very high regard for his speed and ability in creating matte paintings.  It was probably around the mid to late 1940's when Bartholowsky left Warners, along with Juan (Jack) Larrinaga, to carry on his specialty over at Columbia Pictures under Lawrence Butler.

So, there you have it.  A nice lead in to todays blogpost, Matte Painting Review - A Selection of Overlooked Films - Part One, with the movies being: UNTAMED (1955), which has so many cracking good mattes that look just magnificent, and they're in high def too; SUDAN (1945) - one of the myriad of desert romantic adventures featuring curvy latin siren Maria Montez; ROSE MARIE (1954) - the all singing Technicolor & Cinemascope smooch-fest; and lastly, a curious little satirical gem from Great Britain THE BEST HOUSE IN LONDON (1968) that nobody remembers, due in part to it's complete lack of availability in any format it would seem. 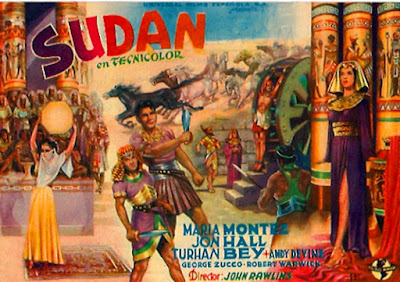 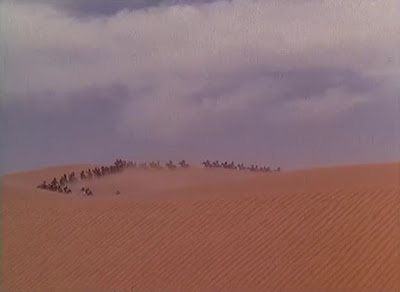 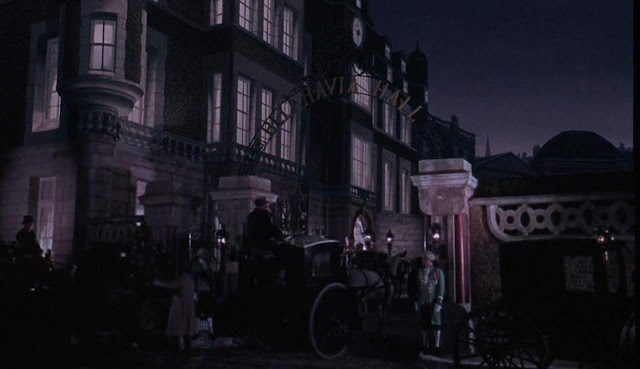