As it's summer here, I took a little break and did a multitude of household chores - roof painting, various building projects and such like - all while Mrs NZPete was away overseas so as to make a good impression upon her return (success!!).  In addition I've been helping number two son with his end of diploma 'definitive' student film, which itself has a few interesting matte shots. 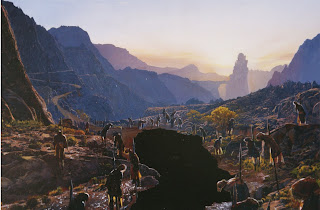 Some time ago I posted parts one and two of Mattes Up Close whereby I examined a number of matte paintings in detail - with several quite spectacular examples from the Golden Era.  It's been a long time coming but here is the third chapter in the series and I feel there are some great mattes here, some of which have never seen the light of day before. 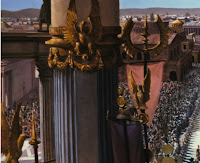 Whenever possible I've obtained close up photographs of mattes, though that's not always possible so in some cases I've tried to blow up detail through the use of Blu Ray images or other means.  Some of the BluRay material looks pretty good in fact and I think there's a good cross section of artist styles, genres and degree of detail which should delight purveyors of traditional hand made matte artistry.  Hope you enjoy this rather sizable collection of hand made wonders. 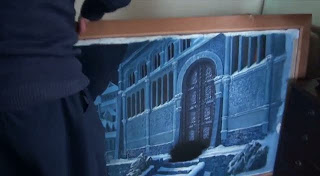 A special thanks to my friend Dennis Lowe for the wonderful high resolution images of various Doug Ferris and Bob Cuff original paintings.  Also a thank you to Johanna Movassat Domela for the tremendous photos of the sole remaining matte painting from her father Jan's epic career, and also a nod to Robh Ruppel for a few high quality Whitlock images.  Thanks too to Rick Stairstars for those amazing lost Cosgrove shots.   :) 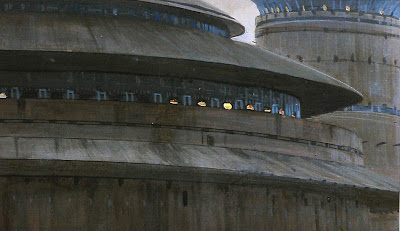 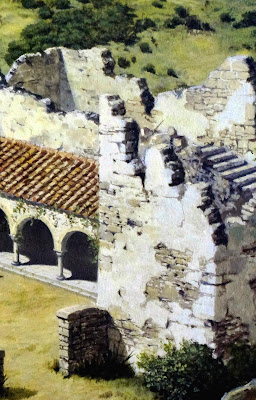