265 MATTES THAT YOU PROBABLY NEVER SAW. 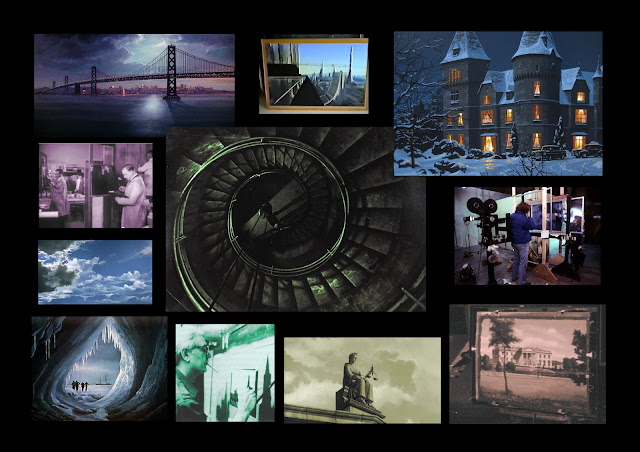 Welcome fellow enthusiasts of the magical world of the traditional hand painted matte photographic effect.  Today I'm offering up something entirely fresh in the realisation that I have so many wonderful matte shot frames and associated imagery encompassing all manner of genres and a myriad of themes and specific subject matter that much of the collection could well be overlooked by yours truly as I try and offer up my monthly 'topics'.  So, as a change of pace I've pulled out a couple of hundred (and then some!) matte shots that cover a wide range of themes, genres and era's, with the twist being that probably 75% of these images haven't been seen until now. 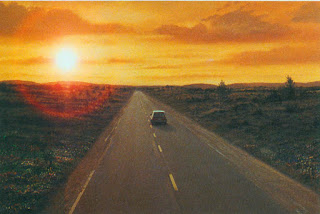 Some are from films that I have covered in the past but these particular shots haven't been published as they generally didn't meet the particular theme of a given blog post, so the mattes are in the large part 'new' to my readers.
I couldn't resist throwing in a few familiar ones due to much improved image quality as a result of BluRay technology or HDTV broadcast.  Many here are very rare and some have originated from films that run the gamut from timeless right through to time-waste! 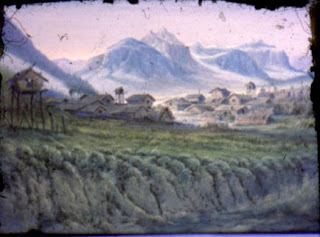 Those of you who have followed my blog for a while will know NZPete is especially fond of the so-called 'Golden Era' of matte painted trick shots, with many of my favourite matte artists such as pioneers Norman Dawn, Jack Cosgrove, Percy Day, Ralph Hammeras, Jan Domela, Albert Maxwell Simpson, Chesley Bonestell, Emil Kosa jnr, and those fabled, though largely anonymous Newcombe artists at Metro Goldwyn Mayer, all the way through to the next generation of oil on glass maestro's such as Peter Ellenshaw, Albert Whitlock, Irving Block, Matthew Yuricich and Ray Caple.  Latter day exponents also receive wide coverage here such as Syd Dutton, Ken Marschall, Harry Walton and Robert Stromberg.  Of course, a great many fine matte has been rendered over the ninety-odd years that the practice had been a film maker's staple, by largely anonymous, uncredited and pretty much unknown, yet highly talented artists whose work is the main reason that this blog exists in the first place.  I am more than sure many of you will love this collection as much as I do. 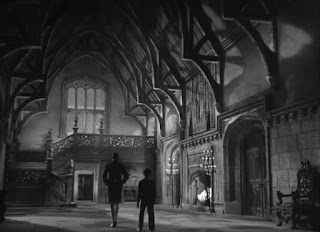 As stated in the past, it's always my hope that readers of this blog actually view same on a decent sized PC or Mac, and not one of those damned little matchbox sized 'toys' that seem to have proliferated for reasons that escape me.  Many of these images, whenever possible, are high quality and need to be appreciated on 'real' computers with a tangible screen size. So come on, be a 'real bloke' with your 'V8' viewing equipment and not some 'kaftan wearer' who needs to pinch that little micro-screen to make it marginally more viewable.
*This message was not sanctioned by the folks who brought you the i-phone. 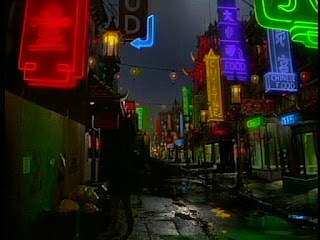 So folks, with that out of the way, prepare your popcorn, get comfy, dim the lights as the perfectly timed overture takes us up a notch and the glorious waterfall curtain starts it's slow ascent as the picture show commences (if you have to ask 'what the hell is a waterfall curtain?', then I'm afraid no amount of therapy will suffice...)


Enjoy the show and do send me your feedback.