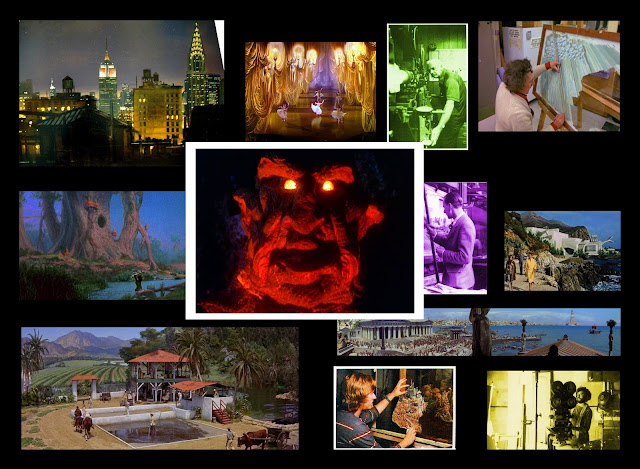 Hello friends and fellow fans of traditional era motion picture visual trickery.  It's been a while since I've had the opportunity to tackle a new post for this blog as I've been doing my civic duty as an elected juror in the New Zealand justice system.  This has been the third time I've landed a place on a panel of fellow jurors, though the other occasions were nothing compared with this intense and multi-layered four week High Court trial (which threatened to go over into a fifth week!)  Talk about 12 Angry Men (and women).  Glad to be finally finished with that I can tell you.

Anyway, back to the blog.  As well as a terrific Blast From The Past tribute I've pulled together some really interesting material here today from a positively eclectic - to say the least - selection of films that you would be most unlikely to ever see on the same 'triple bill' (if such a mode of viewing even exists nowadays).  I've got a solid old MGM exotic adventure picture, GREEN FIRE, with Stewart Granger and Grace Kelly which has some nice matte and miniature work.  Also featured is a lightweight Demi Moore vehicle titled THE BUTCHER'S WIFE which, though not especially memorable,  has some wonderful Illusion Arts matte shots and visual gags.  Lastly, I am proud to present a comprehensive overview of one of the most notorious films of the seventies, the delightfully insane parody FLESH GORDON - a deliriously naughty, sci-fi romp that in true early seventies 'all or nothing' collective creativity captures all of the old time serial flavour and fervour with a great deal of affection, and 'balls to the wall' special effects from a multitude of junior visual fx exponents who would all go on to bigger things and, in some cases, Academy Award - Hollywood Walk-of-Fame glory in their own right.  The sort of flick from a sadly lost era that simply wouldn't and couldn't be produced in the suffocating cinematic climate of today.
But first, let us pay some long overdue attention to an unsung hero of the matte painting world, Joseph Natanson in a real Blast From The Past.

Joseph Natanson is a name probably completely unknown to the majority of my readers, though his career in the matte shot industry stretched back over several decades and featured in both the British effects medium and later with great success with numerous studios in Europe.

Joseph (or Jozef) was born in Poland and took his artistic abilities to Britain and found himself gainfully employed as a matte painter in 1947 on the exquisite Michael Powell-Emeric Pressburger ballet epic THE RED SHOES alongside fellow painters Ivor Beddoes and Les Bowie, matte cinematographer Leslie Dear and optical effects wiz George Gunn.
Joseph had a knack for surrealist painting - in fact he had quite a claim to fame in that artform - so I'm sure that was what caught the eye of Powell and Pressburger, with the film requiring dozens of dazzling mattes and eye popping vfx transformations.


Joseph worked also for some time with the legendary father of British 'Process Shots', Walter Percy Day - or Poppa Day as he was known by many.  Working with Day and other artists such as George Samuels, Bob Cuff, Judy Jordan and Albert Julion at Shepperton Studios, as well as with effects cameraman Wally Veevers who would take over the department upon Day's retirement in 1952. Natanson departed around 1954 and moved to Italy where his skills were in constant demand by studios such as Cinecitta on a never ending stream of 'sword and sandal' cheapies, grand historic costume adventures and numerous CinemaScope epics of a Biblical slant.  Films included shows such as HEROD THE GREAT, CAST A GIANT SHADOW and Michael Curtiz' FRANCIS OF ASSISI as well as some mattes for the big effects laden Warner Bros extravaganza HELEN OF TROY, the mammoth Fox spectacle CLEOPATRA (1963) - which earned an Oscar that year for it's matte paintings - and some subtle painted additions for the Sean Connery medieval whodunnit THE NAME OF THE ROSE (1986) to name but a few.  Joseph worked on over eighty films in his long and busy career with his last motion picture credit listed in 1991 for LA MONTAGNA DI DIAMANTI.  He passed away, aged in his nineties in 2003.  Certainly one of the many unsung and little acknowledged masters of the matte painting world.  What follows are some examples of an unsung effects artists' trick work. 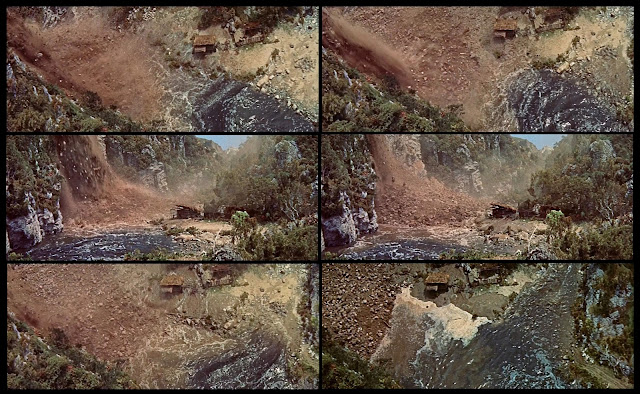 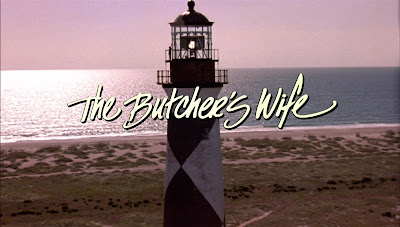 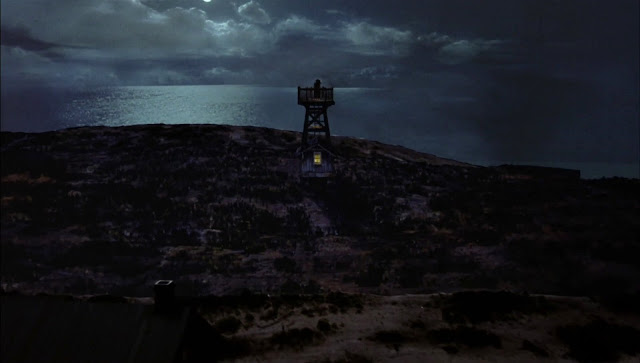 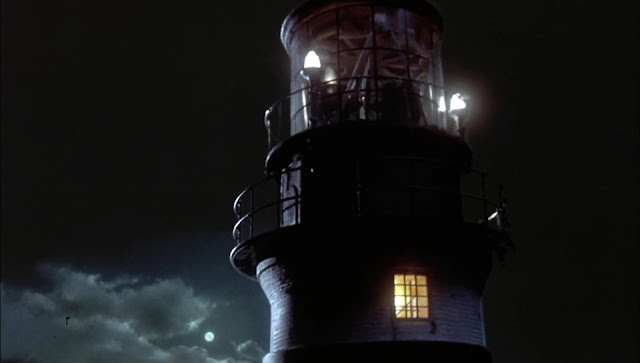 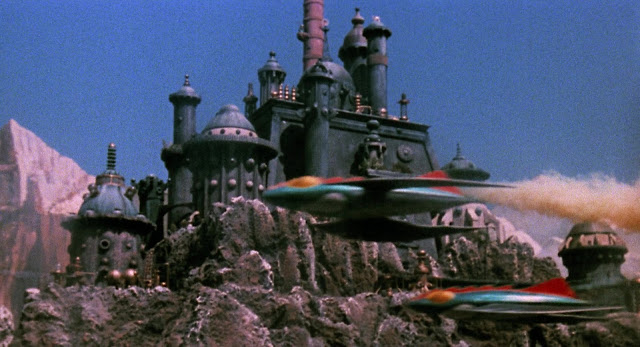 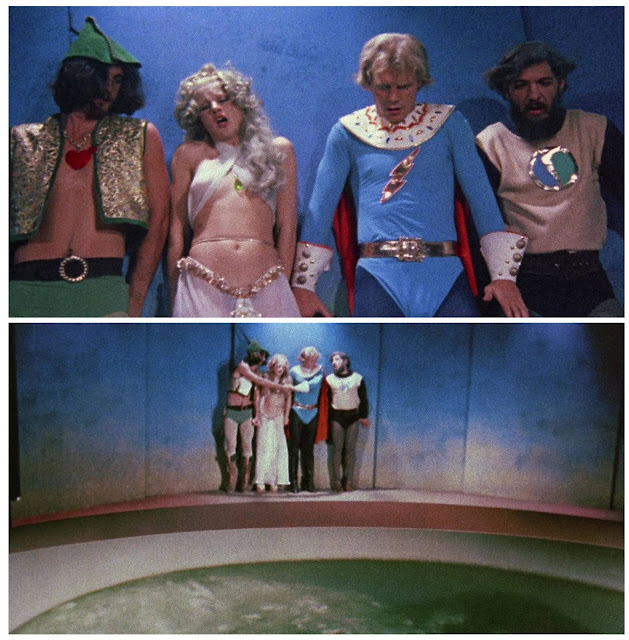 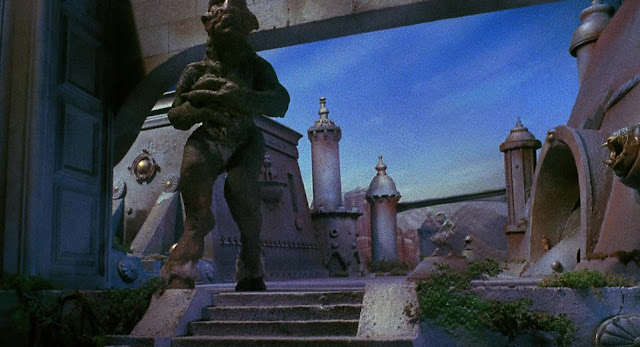 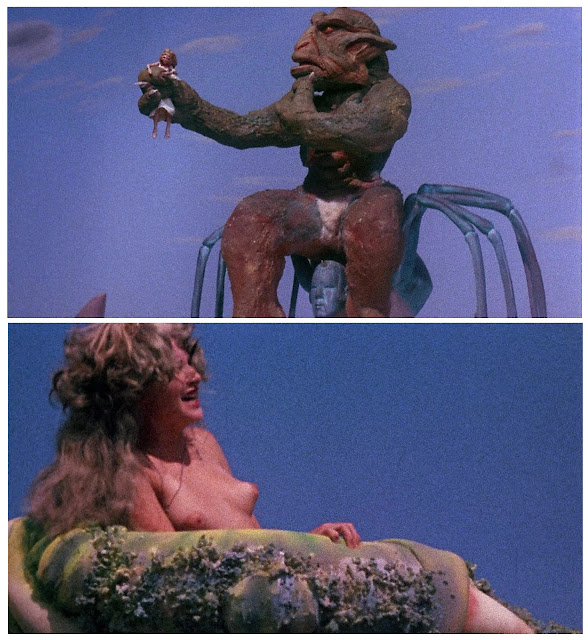 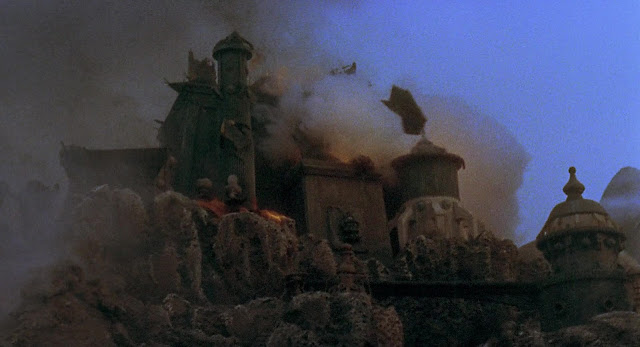 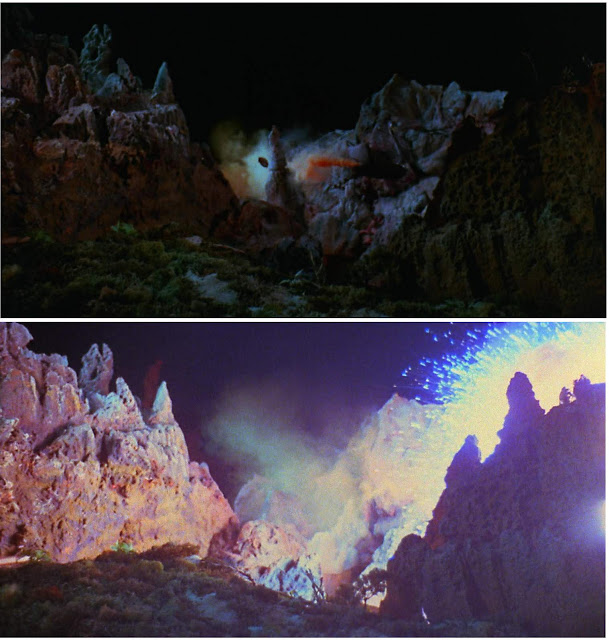 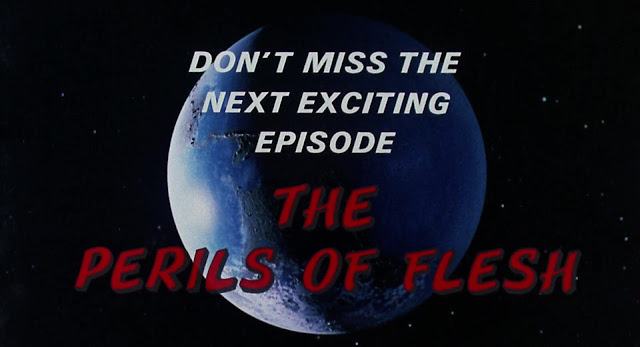