The Glass Art of Hammer Films 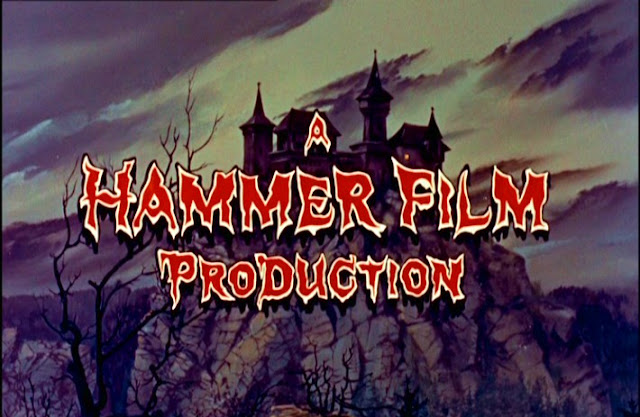 I've been a long time enthusiast for Britain's Hammer Films, having pretty much grown up on these shows.  There's always been a great sense of consistency within the Hammer production catalogue, where meager budgets and unbelievably compressed shooting schedules somehow always seemed to result in a solid, highly professional and polished finished release.  The amazingly ingenious art direction of Bernard Robinson which somehow opened up imaginatively scripted scenarios to a far broader canvas than the extremely confined Bray Studios (really a converted old house) soundstage crew would ever have thought possible.  The same could be said of the consistently high standard of scoring by composers such as James Bernard who managed to lend an air of elegance to the proceedings 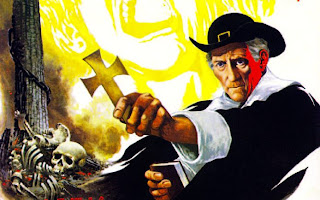 The common misnomer was that the little studio just produced horror pictures, whereas the truth of the matter was that many genres were tackled - mystery, film noir, desert adventure, dinosaur epics, comedies, war films and science fiction.  Among the many films made by the studio quite a number still stand the test of time and are excellent cinematic entertainments.  Some of my favourites are THE QUATERMASS EXPERIMENT, CAPTAIN CLEGG (aka NIGHT CREATURES), THE DEVIL RIDES OUT, CURSE OF THE WEREWOLF, TO THE DEVIL A DAUGHTER, TWINS OF EVIL, THE DEVIL SHIP PIRATES, the very under rated VAMPIRE CIRCUS and the deliriously wacky LEGEND OF THE 7 GOLDEN VAMPIRES (a particularly guilty pleasure) to name but a few. 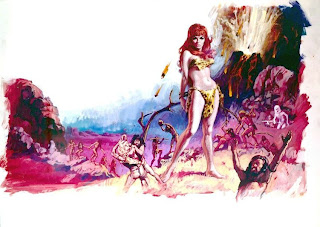 Being a matte shot website I'm going to primarily focus on the many painted mattes and some miniatures from a cross section of the quite extensive range of Hammer product from the material I have.  I highly recommend the outstanding book Hammer Films - The Unsung Heroes by Wayne Kinsey which pays exhaustive tribute to so many of the technicians and creative people behind the studio, with an excellent special effects chapter chock filled with interviews, personality profiles and behind the scenes info. Beware though of some erroneous information with regards to the matte painting work for WHEN DINOSAURS RULED THE EARTH.

Without a doubt the most recognised SFX name readily associated with Hammer from the early fifties through to the mid seventies is Les Bowie.  As I have a Bowie blog retrospective due out soon I'll not delve too deeply into Les here other than to say that Bowie's contribution was immeasurable.  Les must have invented the term 'multi-tasking' as he was adept in all facets of special effects: matte painting, miniatures, pyrotechnics, prosthetics, special props and atmospherics.

I'll cover Les's career in a subsequent article, though it's worth outlining the many visual effects technicians who got their start under Les on Hammer films.  Bowie's long time assistant, matte painter Ray Caple started with Les when just 15 and learned the artform under Bowie's tutelage. Future Gerry Anderson effects wizard Derek Meddings also got his start under Bowie at Hammer as an uncredited trainee matte artist along side Caple.
Eventual two time Oscar winners Brian Johnson and Kit West featured prominently in this era as well, as did Roy Field. 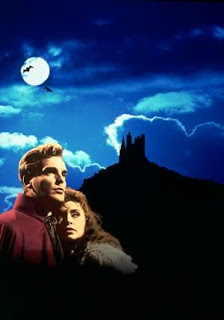 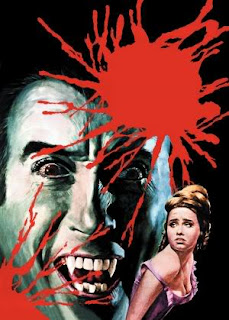 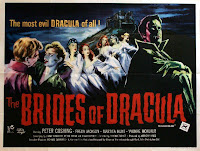 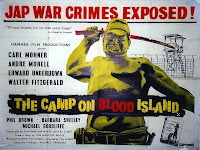 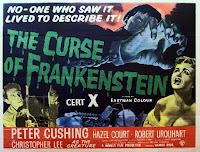 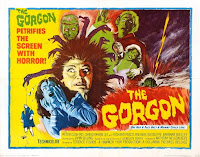 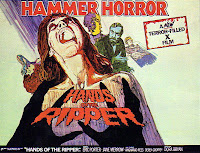 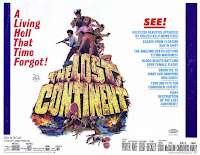 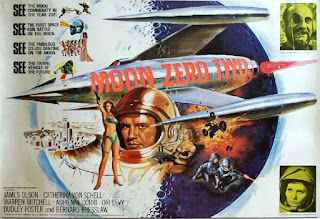 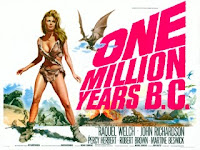 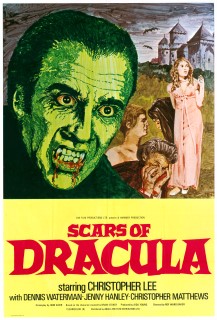 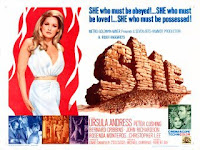 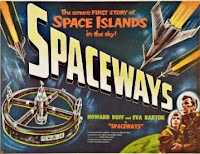 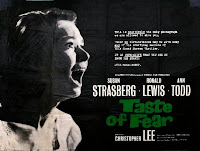 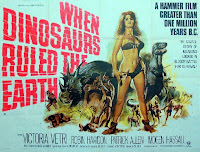 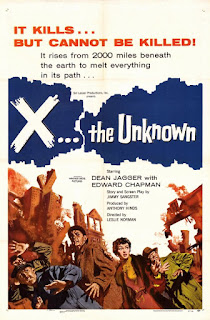 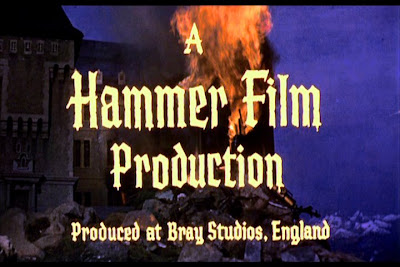