Up in lights.... the dazzling world of MGM musical spectaculars and the work of the matte painter 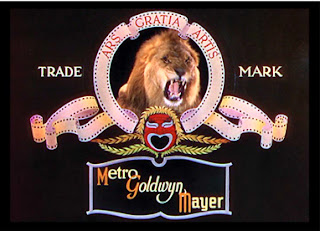 There's no two ways about it - when it came to the musical, MGM were king of the jungle.  The sheer size of the studio and the talent pool under contract made sure of that fact.  Today I'm going to present a few examples of the work of MGM's matte and photographic effects unit from the Golden Era of big Hollywood musicals and for those already familiar with some of these films a trip down memory lane and for those of you new to this genre some wonderful samples of matte movie magic as only Metro Goldwyn Mayer could do.
For decades the matte department was under the control of the eccentric and ultra protective yet admittedly shrewd Warren Newcombe who arguably ran the tightest ship in town when it came to producing high class matte painted effects shots.  Newcombe ran the MGM matte dept from the late 1920's up until his early and misguided retirement in the late 1950's.  Key to Newcombes' success were matte cameraman Mark Davis and his operator Bob Roberts who created many an ingenious method to present what otherwise might have been a run-of-the-mill locked off composite with animated gags and camera moves.
The MGM stable of talented matte painters included Norman O. Dawn in several 40's pictures such as "GREEN DOLPHIN STREET" and others. Dawn himself was a titan in the world of matte photography and painting and by all accounts the pioneer of the process. Other painters in the Newcombe studio were Rufus Harrington, Joe Duncan Gleason, Oscar Medlock, the father and son team of Anton and Edgar Kiechle, Stanley Poray, Jack Robson, Candelario Rivas, Ted Withers, Emil Kosa snr, Lee LeBlanc and later on Matthew Yuricich and Louis Litchtenfield to name but a few. The Metro matte and overall effects department was a force to be reckoned with and produced so many wonderful special effects for many great films and garnered many Oscars in the process.More detailed biographical info on many of these artists and cameraman may be found on my friend, Domingo Lizcano's site:
http://galeon.com/traditionalfx/mgm/MGMmattedept.html

While Newcombe oversaw the matte department as his very own fiefdom other effects masters looked after their own respective areas of special effects.  The great A.Arnold (Buddy) Gillespie (who had the rare distinction of having worked on both 1926 and 1959 versions of "BEN HUR") was in charge of all mechanical effects, miniatures and process work while Irving G.Ries looked after the optical effects department and handled all of the travelling matte photography and compositing - some example of which I will demonstrate here today.
An aspect of the old time musical visual effects that has always appealed to me and is particularly evident  in the MGM shows were the utterly magnificent neon billboards and huge animated sign photographic effects shots that graced many a Metro extravaganza.    These of course were for the large part elaborate matte painted shots with complex animation effects to produce the rythmic neon announcements... pure magic, especially on the big cinemascope screen.  The animations themselves were sometimes produced as backlit slot gags behind the matte glass, sometimes with overlays or rotoscoped superimpositions.  In an interview with Matthew Yuricich in Starlog magazine in 1977  Yuricich spoke of his early days in visual effects at 20th Century Fox in the fifties as being primarily the rotoscope artist who with an equally 'green' Jim Fetherolf spent inordinate amounts of time meticulously hand animating theatre neon lights on marquees on matte paintings and producing the numerous gags therein.  Yuricich spoke of the amount of concentration and patience required for such a job.  Some studios such as Paramount had whole rotoscope units within the photographic effects department employing, usually, young women to carry out the work as it was believed at the time that this was 'fiddly work' akin to knitting or similar domestic chores more "suited to the temperament of a woman".
Anyway, on with the journey - a journey of rediscovery of the ancient art of matte painted grandeur and subtle effects animation...
Enjoy 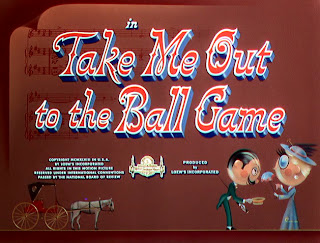