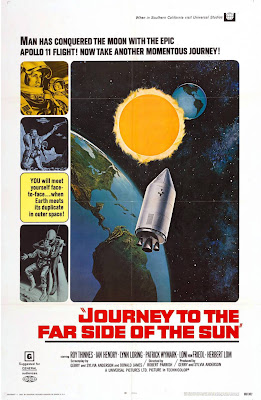 This is one of those films that had always escaped me back in the day though not through any fault of my own - it just never seemed to play here in New Zealand, and if it did, it was a here today gone tomorrow enterprise which is unfortunate as it's a really neat little sci-fi epic.  The idea of there being an identical planet 'Earth' at the other side of the sun is an intriguing one and for the most part the film really delivers some great concepts, though the whole show ends too abruptly to have properly developed that alter-ego strategy sadly. 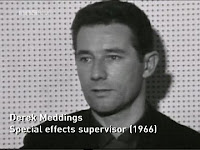 Like so many others I'd grown up on all of the Gerry Anderson shows in the 1960's and couldn't contain myself in anxious wait for next weeks' episode, be it STINGRAY, FIREBALL XL, CAPTAIN SCARLETT, JOE 90,  UFO or best of all THUNDERBIRDS.  Naturally what bothered us most was the not so subtle "in colour" title card thrust into our faces each week - a slap in the face as all we had on offer in NZ until 1973 or so was good old black and white television sets.  Despite the Government mandated monochromatic viewing option and having just the one and only channel -  we kids just couldn't get enough of all Gerry and Sylvia and their ace special effects chief Derek Meddings had to offer - and boy, oh boy did they deliver!  Every week without fail some bloody big behemoth of a mechanised contraption would fall off of a bridge, slide down a canyon or just plain blow up - jeepers, who could ask for more??  Excitement all the way, amd so much so that it took like minded kids a day or so to 'come down' after the televised events of the night before.

When the feature length motion picture THUNDERBIRDS ARE GO! hit the screen around 1967 I was first in line to see my favourite characters, vehicles and explosions on the big screen in Technicolour AND Cinemascope - a double windfall.... and I was not disappointed for a minute.  That show was all I had hoped for.  I think I must have seen that feature around 25 times - often double featured with the Japanese epic KING KONG ESCAPES or ROBINSON CRUSOE ON MARS.
For me Derek Meddings was the first 'special effects' personality I'd ever heard of and as he created such marvels each week he became my hero.  As with so many other young people I built model sets out in the sandpit and blew them up with fireworks or burnt them to the ground while taking snapshots on a crummy old instamatic camera.  I owned all of the official THUNDERBIRDS models which came out around 1966 - and I just wish I still had them (in their original boxes) - but alas they are long gone.
Which brings me to todays' special effect blog entry... JOURNEY TO THE FAR SIDE OF THE SUN.  This blog is primarily a matte shot blog, though as I've mentioned previously that doesn't by any means discount the possibility of other traditional effects methods being a topic here - be they old style miniatures, stop motion, optical printing, and just simply amazing feats created by hand (though the true love is of the painted matte).
JTTFSOTS  (also known as DOPPELGANGER in some markets, which no doubt killed it at the box office)is a great case in point as it has many ingredients from the above list of effects and presents them all extremely well in my book.  The film naturally is abundant with Meddings miniatures, there are optical effects and travelling mattes,  painted backings (which kind of qualify as matte paintings), split screen effects with actors and models combined and terrific physical effects in the form of the Meddings explosions.  Of course Derek started off in the film business as a matte painter under Les Bowie at the old Anglo-Scottish pictures in the late 50's. 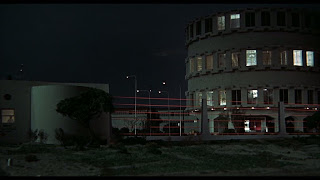 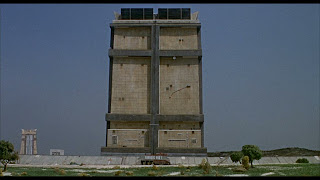 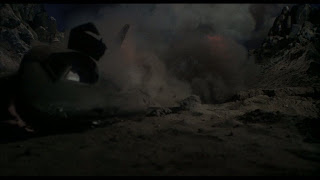 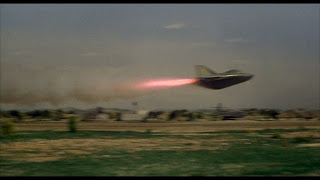 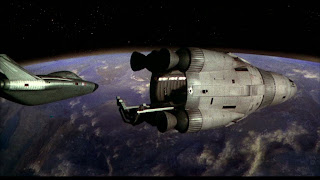