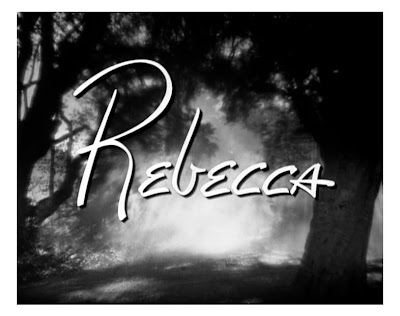 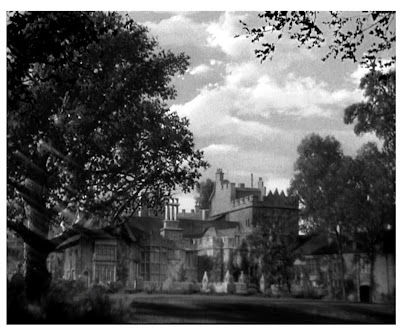 above - Manderlay possibly a matte painting in this view, or a combination miniature / painting composite.
It looks mostly painted to me. 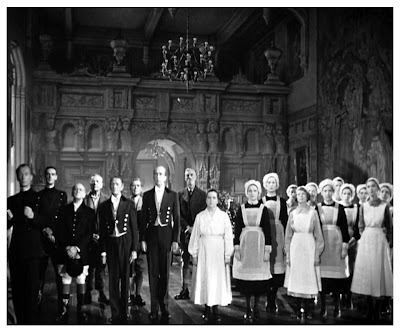 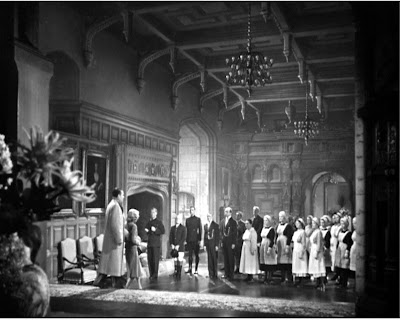 Key matte artist was Albert Maxwell Simpson, an artist who had previously worked for Cosgrove on "GWTW" and whose paintings were in two of the 14 (!) special effects nominated films for 1940 - this and "Swiss Family Robinson" for RKO. 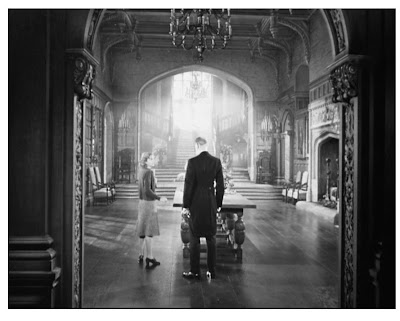 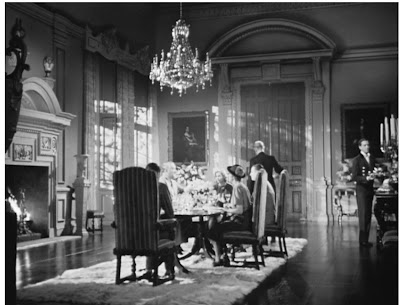 According to American Cinematographer magazine for scenes to include matte paintings by Al Simpson, Clarence Slifer provided art director Lyle Wheeler with 11"x14" photo blowups of shots for Wheeler to sketch in the desired effects. The matte artist used these as guides to apply upper walls, ceilings, chandeliers and architectural details to the partial exterior sets. 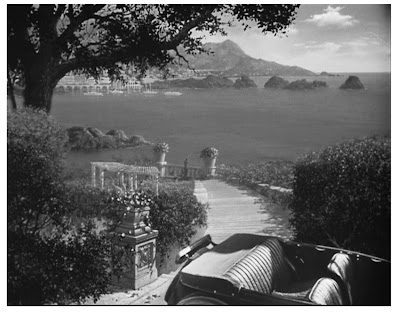 above - a beautiful composite shot with live action foreground, painted town, waterfront, hills and sky and possibly a seperate element of water combined. 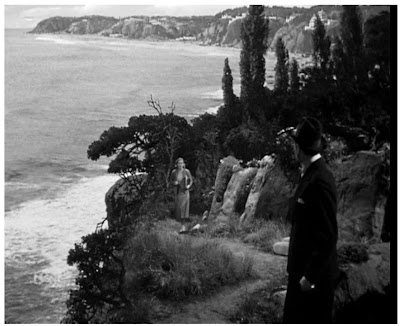 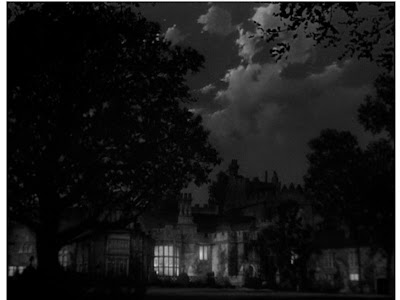 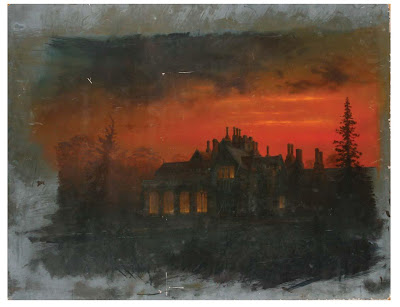 above - a rare artifact from "Rebecca' recently auctioned. Purported to be a matte painting though I wasn't able to find this particular shot/view in the film. It may be preproduction art due to use of colour artwork? Still a wonderful souveneir though. 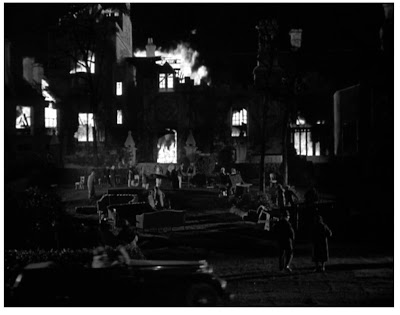 The burning of Manderlay - some shots live action full size sets, some miniature and others optical composites of falling flaming debris and such using out takes from the burning of Atlanta sequence from "GWTW". A terrific sequence brilliantly photographed by George Barnes, Harry Stradling Sr, Lloyd Knechtel (another"Kong" optical fx veteran) and Clarence Slifer. 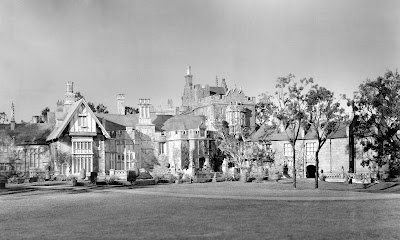 above - a photo of the Manderlay miniature on the effects stage at Selznick. This was an enormous miniature that almost filled the previously vacant stage and was used primarily for close ups and detail. A second miniature on a smaller scale which included surrounding countryside and winding roads was constructed on another stage.
Posted by NZPete at 14:32