"GONE WITH THE WIND - a tribute to Jack Cosgrove 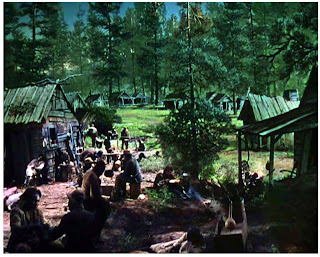 I had a few hiccups with the first part of my Cosgrove "GWTW" tribute post, though now I can continue I hope. There are so many wonderful effects shots in "GWTW" that it will take several postings to cover all that I want to - which is a fair bit. 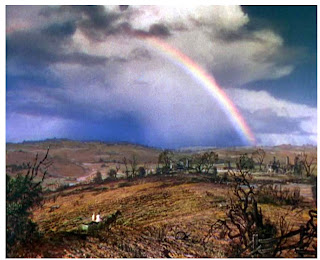 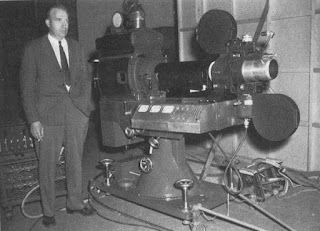 
Jack Cosgrove had input into "GWTW" as far back as 1936 during production on several Selznick films such as "THE GARDEN OF ALLAH" and "THE PRISONER OF ZENDA" when David O'Selznick first acquired the initial galleys or publishers proofs of Margaret Mitchells' as yet unpublished epic novel. Selznick saw immediate potential in the near 1000 pages to initiate design sketches by art director Lyle Wheeler - pictured below with Selznick and preproduction paintings upon which Cosgrove would design his numerous trick shots. The master production designer William Cameron Menzies was brought on board  and together with Wheeler and production illustrators Dorothy Holt,  J.MacMillan Johnson and Wilber Kurtz laid out the entire look of the picture in watercolours. A significant number of these wonderful artifacts apparently still survive in the University of Texas as part of a large Selznick bequest. 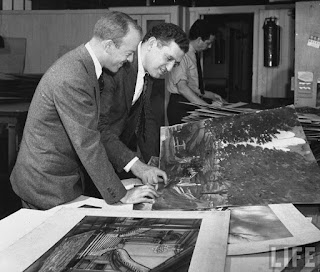 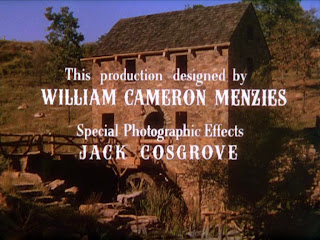 
Selznick was so appreciative of the infinite creative powers of both Menzies and Cosgrove he did the unthinkable - granting them a far larger and more prominent credit title card than had ever been granted before. Not only did these two gentlemen get a single two name card rather than get lost in the shuffle as was normally the case, Selznick granted Menzies title two thirds the size of his own title card, with Cosgroves' credit slightly smaller. The card stayed on the screen a full six seconds - the same length as Selznicks' very own "produced by David O'Selznick" card and twice as long as the writer (Sidney Howard) and composer (the great Max Steiner) cards!! again unthinkable in the film world at that time - and for a very long period thereafter. 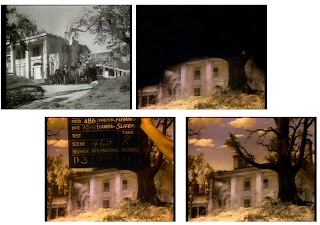 Some example here of the step by step breakdown of Cosgroves matte process. According to effects cameraman Clarence Slifer most of the matte shots were original negative composites - a tough and demanding procedure due to the complexity of the 3 strip technicolour cameras - which Techicolour owned outright and leased to the production. The camera mag had to be returned to technicolour after each take for rewinding - part of the contractual deal with the company. Each take had to be frame/sprocket synched for later re-exposure of the original undeveloped camera negative to the painting and other effects.
According to Slifer in American Cinematographer, they soon tired of technicolours' dictate on how and when their equipment would be used and often did their own windbacks in the matte dept darkroom to save valuable time. 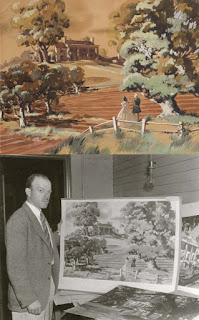 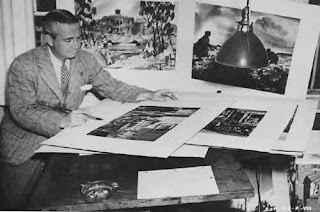 The great William Cameron Menzies - production designer and visionary to "GWTW" and many other pictures. 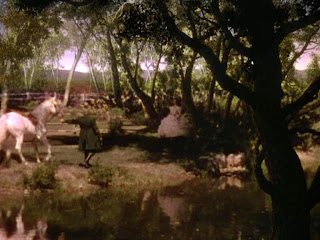 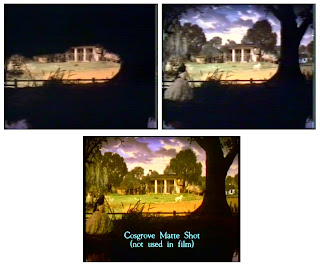 More examples of Cosgrove matte magic. The matte line is a bit close in the shot with the horse as it's head partially passes beneath the matte line. Considering the enormity of the project in special effects terms it's understandable that not all of the effects shots was perfected. This of course was way before the concept of the "undo" button on a PC. The lab turn around for the matte and process shots was something like a week - by which time the photographic effects team were moving on to other complex effects shots. Hand developed short film slop tests were carried out by Slifers' camera assistant Rube Boyce while the film was still loaded in the matte camera to establish matte line visibility, blend and whether any dirt had caught in the camera gate. 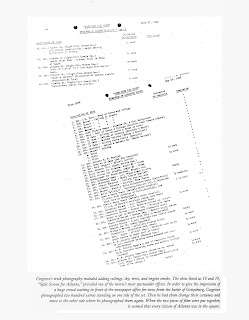 A rare job sheet from Cosgroves' matte dept detailing progress and descriptions on some 46 of the many more mattes and composites.

Matte shots, or 'Cosgrove shots' as they were known extended beyond the lush views of Tara and Civil War destruction. A great many subtle painted set extensions such as ceilings, walls, columns and foliage were often added by the matte painter to disguise the largely 'backlot' origins of "GWTW". Kudos should go to Cosgroves' painting team of Fitch Fulton, Albert Maxwell Simpson, Jack Shaw and Byron Crabbe (who sadly passed away early on in the production)