As I have a large amount of great matte shot material from many Selznick productions I felt that a look back at "DUEL IN THE SUN" (1946) was in order. Other Selznick trick shots may follow in later posts. Enjoy :) 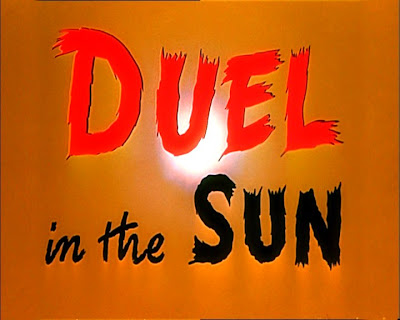 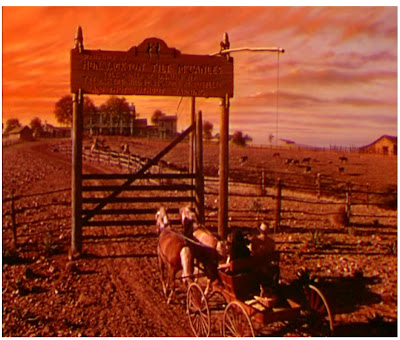 Made during the final years of Selznick International Studio (1946). 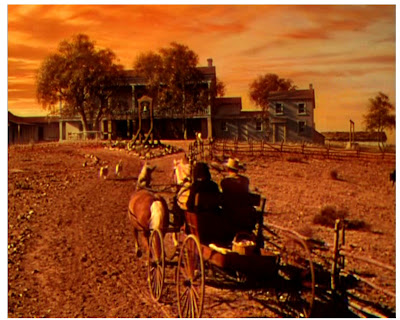 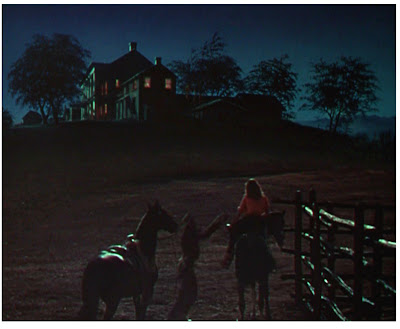 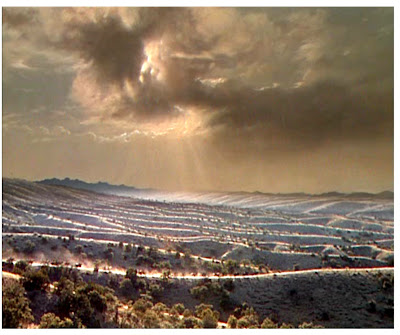 Some of Cosgroves' trademark dramatic painted skies - and some of his best ever work i.m.o. 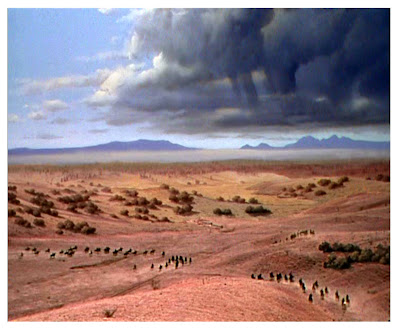 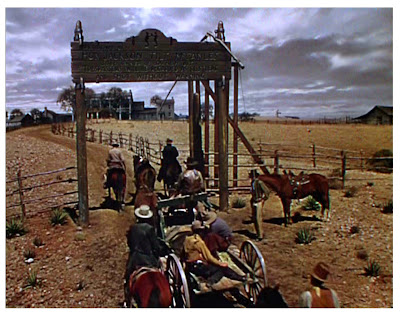 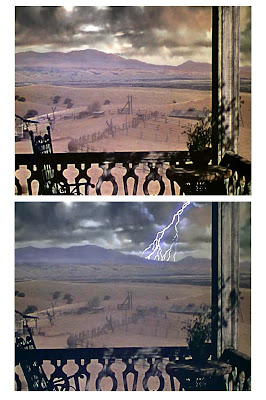 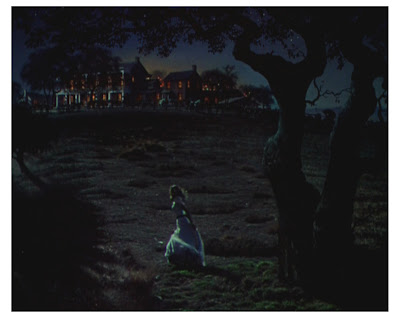 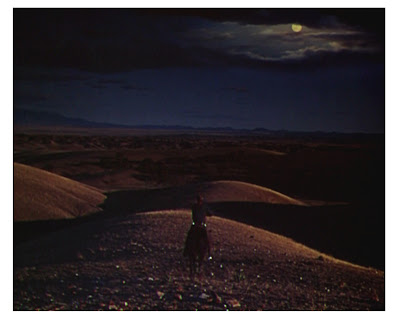 Effects cameraman Slifer worked on the camera crew of Willis O'Briens' "KING KONG" and it's sequel among many other films. Early matte heavy productions for Selznick such as "THE PRISONER OF ZENDA" and "THE GARDEN OF ALLAH" benefitted from Slifers' technical acumen and camera savvy. 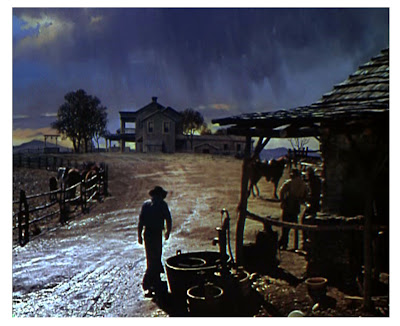 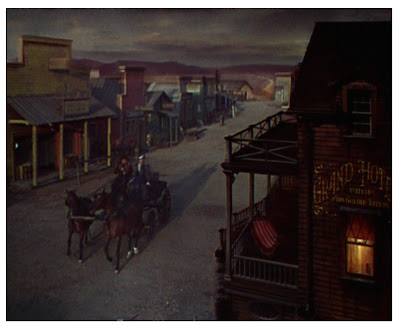 I'm pretty sure just about ALL of the western town above is painted in - even the foreground buildings. 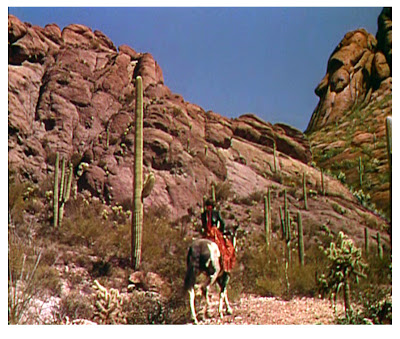 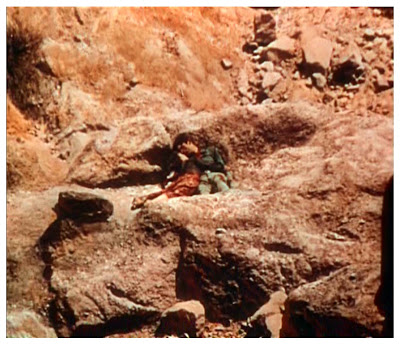 The early stage of a vast and elaborate pullback engineered by Clarence Slifer on his aerial image optical printer. The shot starts in very close on an aerial image of Gregory Peck and Jennifer Jones faces then pulls out to reveal a totally fabricated mountain ledge, hills, valley and sunset - all manufactured in multi-plane in the Selznick special effects department. 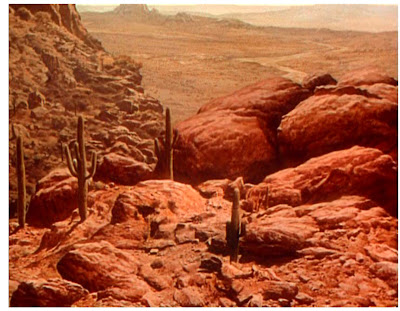 The middle section of the grand pullback where midground and background appropriately shift in perspective during the camera move. 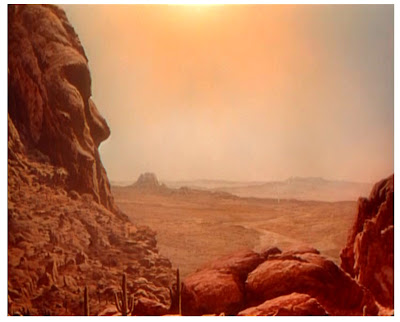 The end stage of the pullback with a subtle push IN to reveal the valley. 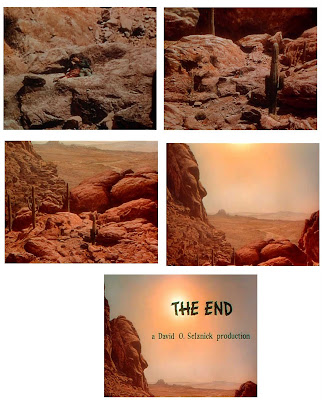 above - a paste up of the key frames from the superbly shot sequence that would have tied up Slifers' printer for quite some time I'm guessing. 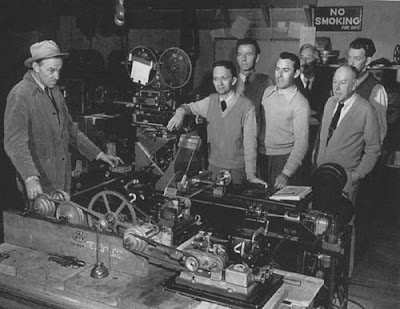 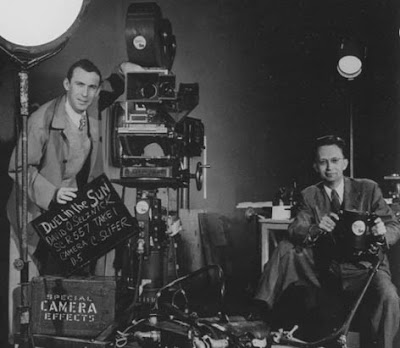