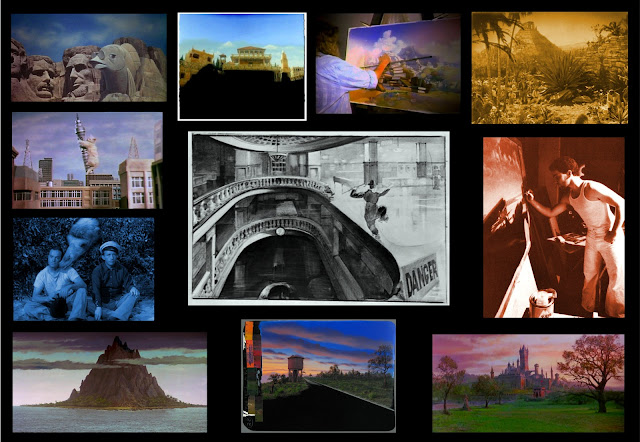 'Tis the season to be jolly, or so they say, so here we are back again with yet another blog that's absolutely jam packed with cinematic wonderment.  My previous blog on low cost film effects proved most popular, with much feedback and comment (and a couple of corrections).  I still plan to do a follow up Low Budget blog at some point, as I missed a bunch of great little films with really nifty trick work such as the sci-fi cult item FIEND WITHOUT A FACE among others.  Stay tuned, as they say.

Today we will be embarking on the first of a large two-parter on mattes and trick effects seen in movie comedies.  Naturally the potential here is vast, so I've hand picked literally hundreds of wonderful special effect shots and sequences (would you expect anything less?) from a huge cross section of titles.  My own personal preferences tend to be old time comedies rather than the recent stuff, though I do span the decades fairly equally I feel.

I'm a massive fan of The Marx Brothers for example, so they just have to be included.  Likewise, the old Abbott & Costello comedies, which while sometimes being quite hit-or-miss, often contain eye poppingly ingenious visual effects work from the likes of John Fulton and David Horsley.  For old timers out there, you should enjoy some classic Laurel and Hardy, W.C Fields flicks and even the amazingly under-valued Olson & Johnson material, which really deserves rediscovery, remastering and reissue!

I've got a ton of wonderful British comedies in here as well, with some classics from The Boulting Brothers, Ealing and Norman Wisdom, and even have an all time BBC tv gem The Goodies, though these Brit entries might be completely fresh to most American readers.

There are the more 'modern' shows here too, such as The Naked Gun and Hot Shots series and such-like, and a mixed bag of latter day comedy flicks that have traditional matte, model and optical mastery.  If it ain't 'photo-chemical' then it really doesn't fit here.

I love movies, so forgive me when I more than occasionally drift off track with obscure facts, critique, raves about fave actors or directors, off-tangent film references, in jokes and so forth.  I can't help it.

As with my usual 'sales pitch', I'm certain you'll discover shows you've absolutely never heard of; shots you've never noticed; and technical wizardry that will dazzle even the most jaded viewer who only normally watches the latest DC/Marvel/Star Wars reboot dross (when will that tiresome trend ever be dead and buried, I ask you?).  Well, with a whole stable of fresh enemies now guaranteed, it is high time to venture down that boulevard of movie magic, and rediscover the movie comedy.  All feedback greatly appreciated. 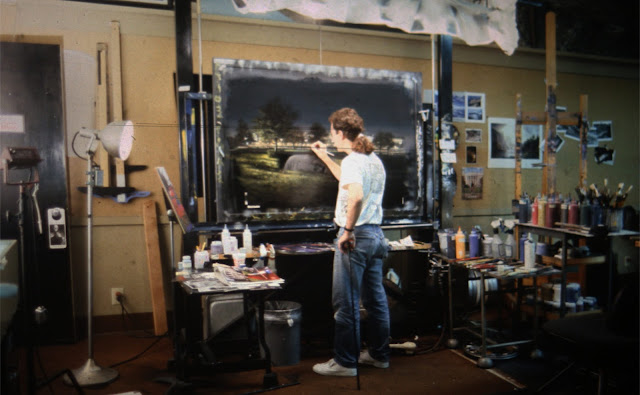 ***This post, and all 177 previous blog posts known as 'Matte Shot', were originally created by Peter Cook for nzpetesmatteshot, with all content, layout and text originally published at http://nzpetesmatteshot.blogspot.com/

***This post, and all 177 previous blog posts known as 'Matte Shot', were originally created by Peter Cook for nzpetesmatteshot, with all content, layout and text originally published at http://nzpetesmatteshot.blogspot.com/
Well folks, that's about it for this entry, and this year as a matter of fact.  I still have as many films again to cover in the second part, come New Year 2023.  I hope you found this enjoyable, enlightening and irreverent.
All the best for the Xmas holiday season wherever you happen to be, with a special 'Best Wishes' directed to the people of Ukraine, whose sheer strength and courage in the face of brutal genocidal aggression has the entire free world's support.
Pete
Posted by NZPete at 22:25