A CAREER PORTRAIT OF A MASTER: The Mattes & Visual Effects of Albert Whitlock - Part Two 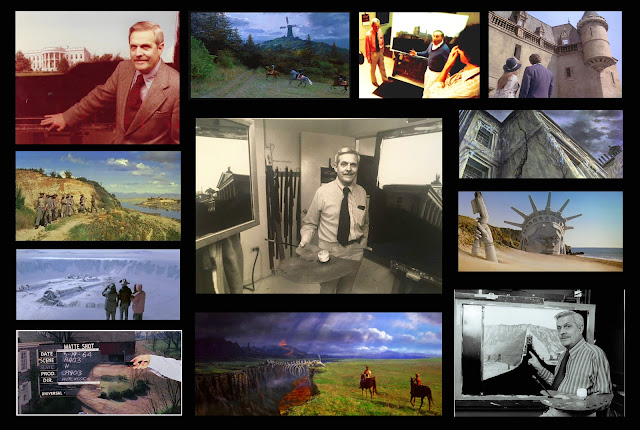 Well folks, it's apparently now 2019 believe it or not (Personally, I have my doubts), and after a restful summer break (Southern Hemisphere down here where I am of course), I'm happy to present, as promised, the second part in my admittedly mammoth career retrospective on the many cinematic illusions that comprised the work of the great Albert Whitlock.  In an effort to be as comprehensive as possible, I've covered and illustrated as many of Al's film projects as possible, as well as some selected fine art examples that haven't been seen in the public arena until now.

I don't believe Al's long career has ever been covered nor examined to such an extent until now.  I've got some familiar shots as well as many unfamiliar shots, often from quite obscure films or tele-movies, in addition to more of the shots from the Pinewood era where Albert was matte artist from the late forties through to 1954.  Some of those British films are definitely Al's as he was lucky in that Pinewood often gave him screen credit, which was pretty much unheard of for a mere matte artist.  Others from the Rank or Gainsborough studio I've included from those years may have had input from Whitlock, though we'll likely never know, other than he was principle matte artist after former chief artist, Les Bowie, departed and went independent. 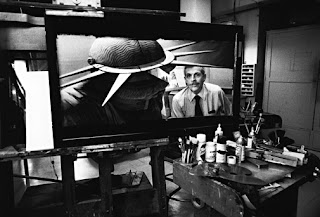 There are also some more great mattes from the Roger Corman Poe films which I am certain are the work of Albert due to the style and especially the patented 'donut' skies and spindly dead foliage which featured in so much of Al's work.  Butler-Glouner was effects contractor for those Poe films and didn't have their own matte department, so often called on Albert to fill their requirements, without credit, though with a good enough 'deal' otherwise.  There are some terrific high resolution mattes in this blog, with some such as THE PRISONER OF ZENDA (1979) being shown for the very first time in HD.

I've tracked down literally as many of Al's shows and shots as I possibly could, though a few, mainly tv shows still are hard to find, especially in any decent, viewable format.  I did manage to track down the long lost Richard Widmark ABC Movie of the Week, VANISHED (1971), for which Albert was Emmy nominated for his mattes, though the video quality was abysmal at best, I still included the shots here, from what is an excellent political thriller screaming out for a DVD release (Hey, Universal-MCA... are you listening?).


A few shows had Al's name in the credits though I never found his work, even after repeat viewings.  Cases in point were Mike Nichols' terrific espionage drama THE DAY OF THE DOLPHIN (1973) and the tv pilot LOG OF THE BLACK PEARL (1975).
Both of these films may have had subtle additions of boats at sea or something along those lines, I don't
know.  Often BluRay shows up shots that I missed on other formats.  If anyone knows, do tell NZPete  :)
Any snippet of extra info is helpful for future write ups.

So, what follows is a vast collection of more Whitlock magic than you could shake a stick at - much of it looking better than you would have seen these mattes ever look previously, so please enjoy, preferably on a proper computer/display, please,  and do give me you feedback.

But first, some most pleasing news...

Most Whitlock fans, as well as those trick cinematography buffs who thankfully still hold a high regard for the traditional 'oils on glass' art form that was matte painting, will be familiar with the excellent, one-of-a-kind television documentary from 1981, ALBERT WHITLOCK - MASTER OF ILLUSION, by film makers and ardent Whitlock fans, Walton Dornisch and Mark Horowitz.  Their doco really was revered as the Holy Scrolls when it came to documenting and revealing the magic of the matte painter's process as it played out.  I well remember it showing on television here in NZ back in the day.  It screened at 6pm on a Monday night, and thankfully we owned a VCR (actually the first ever JVC model ever sold in this country... as big as a BBQ and it cost a fortune at NZ$2200 back in the day ... and the blank VHS tapes would set you back around $30 to boot, so whatever was recorded had to be damned good to keep with the plastic 'non-erase' safety tab chipped out.... but I digress).

Thankfully, that Al Whitlock documentary was an absolute, bona-fide keeper and was my most viewed tape for years.  As well as making a dupe copy or two as insurance against tape-hungry video machinery (hey, don't laugh... back in the day those bloody VCR machines did eat movies from time to time, with that particularly gasp inducing crunching sound resonating from within the bowels of said Japanese machinery, that nothing, short of an air raid could get the film enthusiast (moi) leaping out of his chair quite so fast!).  Years later I was fortunate to obtain a pristine, mint 16mm film print of said doco as well, which looks great when projected on a 12 foot screen.

As a result of my previous epic Whitlock blog last November, I was contacted by one Walton Dornisch, the very producer of ALBERT WHITLOCK - MASTER OF ILLUSION.  Walton seemed to appreciate what I had done with the retrospective and, even though I had screwed up the spelling of not only his first name, but that of his surname as well in some of my photo captions, Walton was gracious enough about it all when I explained how risky it would be to go back in and fix the mistakes, with a degree of risk associated with tampering with already published blogs.  Anyway, our conversations were most fruitful, and as sheer coincidence would have it, Walton had for some time been preparing a series of special Whitlock related projects.  So, as Leonardo DiCaprio said in Tarantino's wonderful DJANGO western, I responded with "You now have my attention."

As it turned out Walton had thankfully preserved all of the original one inch video elements from 40 years ago - of which there were several hours worth - from that original shoot, which itself took place over some time.  Together with archival interviews, the documentarian also had a considerable collection of photographs, taken during the Whitlock sessions as well as rare, never before seen show reels containing Albert's before and after matte shots. All of this valuable material will now be made available for viewing via a four-part web series, in addition to being eventually donated to the Motion Picture Academy archive. 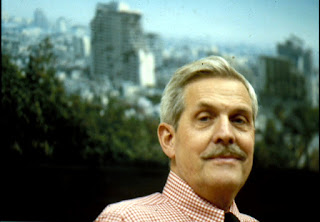 The first web episode is now available for viewing on YouTube:  "ALBERT WHITLOCK - A MASTER OF ILLUSION, AND HOW IT CAME TO BE" which is a highly entertaining, informative and sometimes very funny examination of how the budding young film makers happened upon Albert (repeatedly) while employed at Universal in the editorial department, all of which kind of reminded me of the antics of the similarly enthusiastic young fans in the Robert Zemeckis Beatles-come-to-town flick I WANNA HOLD YOUR HAND (1978) or a pair of Mr Spock fans at a Trekkie convention.

The second web episode will be available in a few weeks and will be the original uncut MASTER OF ILLUSION documentary, with much additional footage that never made the 30 minute tv edit.  The film will be in HD for the first time (though Dornisch could only do so much with what was in fact broadcast quality 1 inch videotape as used in 1980 - not by any stretch the HDTV we know today, but still a marked step up from the usual on-line versions we might be acquainted with).

The third episode from Walton will be a revealing, insider's look at how much of a can of worms 'intellectual property' can be in the movie business, and just how the totally legit Horowitz/Dornisch MASTER OF ILLUSION doco was hijacked along the way by unscrupulous characters, hustlers and shameless profiteers.
The fourth web episode will be Al Whitlock's matte shot showreels and other goodies, including more out-takes from the MASTER OF ILLUSION doco.  In all, this series promises to be a vital and revealing study of a true master at work, presented with a unique insight from documentarians who were not mere journalists for hire, but dedicated 'fan-boy' movie magic geeks (and I mean that in the nicest possible way guys) with a passion for the craft. Once again, as of this writing, the first of the four episodes is now online and may be viewed here.  Enjoy.

THE MATTES AND VISUAL EFFECTS OF ALBERT WHITLOCK - Part Two 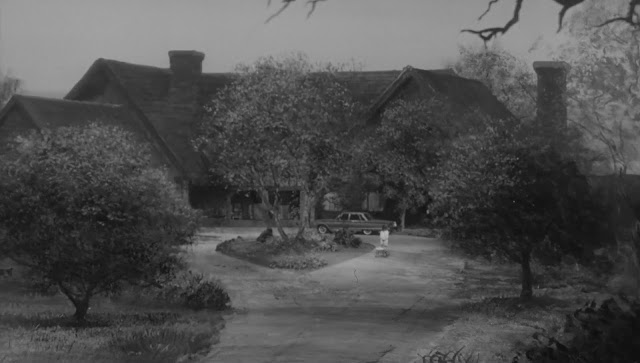