I've been a bit slack of late, and somewhat lacking in matte motivation, which given my temperament isn't a surprise for anyone who knows me personally.  Lots of posts on the back burner and some more or less ready to go, but I'm the sort of fella who always puts off till 'tomorrow' what might be better carried out 'today' - that is until the proverbial 'stars are in alignment' and the kama is tuned (!), and all the so called creative juices flow like the Japanese Tsunami (maybe that's a bad example... but I'm sure readers will get my drift).  I find that those big articles can be trying at the best of times, especially with the 'Blogger' machinery which is very unreliable and simply cannot be relied upon to always save the material during it's preparation.  Drives me to distraction!  :( 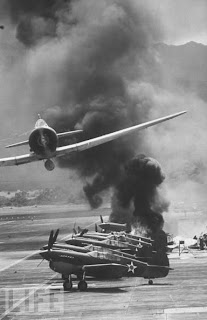 I'm very happy with the feedback I received from my recent Shepperton mega blog - and as always I'm grateful to those dedicated fellows out there who send me amazing material (from where, I've no clue!).  Well what's on the agenda today?..... Well, shock of shocks, today's big effects extravaganza retrospective barely falls within the matte category, with just one major matte shot and a small second 'top up' shot comprising all there is paint on glass wise.  It's not that I've run low on matte material (you wouldn't believe how much I have.... (over 80 GB of just images alone) but often I feel justified in examining effects shows that I love and as with today's film, were entirely justified in achieving FX Oscar status.

For matte afficienados I must wholly recommend  the excellent 90 minute documentary my pal Dennis Lowe has produced on the careers of long time British matte team Doug Ferris and John Grant.  Plenty of great stories and behind the scenes info which is a must for fans of the British matte industry.  Click here for that. 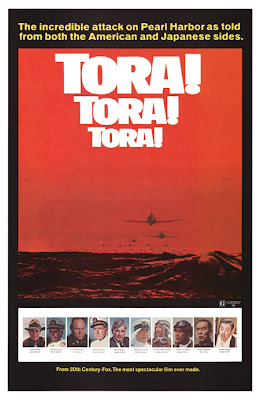 My Dad took me to see TORA, TORA, TORA back in it's initial release in 1970 - where I'm fairly sure it was a 70mm release - at the now deceased Cinerama theatre in Auckland, on the giant curved screen - a relic from the short lived  3 projector system of the early 60's.  As a lad who loved war films and play acting war scenarios with my mates in the dense bush near our house, where camoflage and guerilla style jungle warfare was our kick (though none of this in any way pertains to TORA's naval scenario).  But these were the days when TV was black and white, movies were double bills, kids got covered in mud and scratches and the dreaded PlayStation style of 'living room combat' was still a quarter of a century (or more) away. ...as usual, I digress.

Damn..........did TORA make an impact upon me!  I loved it.  Even on extraordinarily bizzare 1 o'clock Saturday double bills (paired inexplicably with Adam West's BATMAN or Jerry Lewis' THE DISORDERLY ORDERLY (!!) more often than not at the luxurious - and sadly now gone Mayfair cinema in suburban Sandringham, Auckland) I'd  always try to catch it, even if it meant wandering out into the late afternoon daylight after it all with bloodshot eyes and stiff neck from sitting too near to the screen -  with the oddly paired feature films sometimes turning up in freaky dreams: "I'm confused....what precisely did Batman have to do with the sinking of the US Arizona now?...". 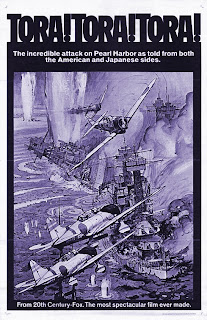 Anyway.... on with my TORA, TORA, TORA photo tribute to a sensational true life bio-pic which still holds together 40 years down the track, largely due to it's one of a kind narrative where both the Japanese and the Americans worked on their own individual segments and brilliantly tied them together as a surprisingly coherent final product.  The decision to NOT use any 'name stars' was a wise one.  Superb character actors such as the always effective Martin Balsam and real life WWII hero Neville Brand just added to the sense of authenticity.  The picture, despite it's two and a half hour length actually manages to rush along at breakneck pace - with facts and actual events never being sidelined by subplots or unnecessary padding - unlike so many epic war pictures.  The Richard Fleischer helmed show is a tribute to this director - with his obvious talent in semi-doco features previously scoring bullseye with the excellent Tony Curtis film THE BOSTON STRANGLER  a few years prior, Fleischer succinctly pulled off, what could easily have been a 'dud' in the wrong hands (think of just how many great films could have been a disaster in the wrong hands?)

While Fleischer's US unit tackled the immense Pearl Harbour and Washington sequences involving dialogue and drama, the Japanese based sequences were under the control of Toshio Masuda and Kinji Fukasaka (after the departure of Japanese icon Akira Kurosawa due to that old bugbear 'artistic differences').  I can only imagine the difficulties of coordinating not only a singular feature film technically in this way but even more so the vast, arguably 'different' points of view of the events as seen by the Japanese who at the time  this production was greenlit were still not acknowledging the horrors their military might inflicted upon millions of innocent civilians in the Asian region. 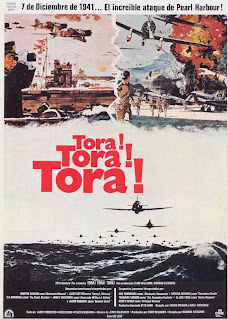 In addition to Fleischer, Masuda and Fukasaka, mention must be made of second unit action director, Ray Kellogg.  I've written much about Kellogg in previous blogs, so for anyone unfamiliar with Ray's background, he had an almost lifelong association with 20th Century Fox - firstly as chief matte artist under Fred Sersen and later as Sersen's right hand man in the photographic effects department.  Kellogg would take over the role upon Sersen's retirement and oversee the effects on many, many Fox films before eventually going solo as a director (of unbelievable bad 'B' monster flicks) and finally as a much in demand and highly respected second unit director on alot of huge pictures of the 60's and early 70's.  All of the phenomenal physical effect and stunt sequences were coordinated by Kellogg, and still today are utterly jaw dropping in their realism and toe curling sense of near death peril for all involved in the camera viewfinder (and behind it).  I'll demonstrate some of these staggering physical effects in the article which follows.
In fact, Kellogg's action cameraman Michael Butler, and son of legendary Columbia effects veteran Lawrence W. Butler, said in an interview that several of Kellogg's stunt gags were just too much and a stop was put to them before they got off the ground.  I'd love to know what they were, because what's in the film is 'dynamite' - literally!!!
The complex miniature work was supervised by Fox 'lifer', Bill Abbott - of whom I have written much in previous blogs such as my Fox tribute and many one off retrospectives found elsewhere in my blog.  For excellent detailed info on the actual aircraft replicated for use in the film, click here and here for even more.

This film, and many others like it could not have been half as effective in my view without the genius of mechanical effects and pyrotechnics expert, the late, great A.D Flowers.
Flowers (whose forenames I've never been able to establish) started in the MGM effects department with Arnold Gillespie and among his many, many, many credits were the mindblowing miniature explosions as seen in the brilliant Oscar winning THIRTY SECONDS OVER TOKYO (1944) and later trendsetting squib mayhem in the GODFATHER series (including some in conjunction with make up maestro Dick Smith where bullet hits were detonated  actually on Sterling Hayden's forehead - a cinematic first) - and of course the monumental pyro work he oversaw for the incredible APOCALYPSE NOW.  Flowers was a one of a kind, with his work on Speilberg's 1941 being, in his words, a career high, and the toughest assignment he'd ever worked on.  An amazingly resourceful technician and collaborator, Flowers passed away in 2001. 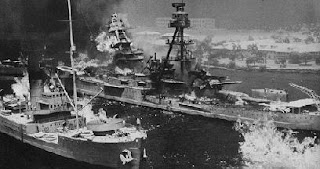 Much of the TORA fx footage would reappear over the years in films such as THE BATTLE OF MIDWAY (1976) and others, such was the quality of the footage.  I should make a mention here I suppose of the more recent 2001 Michael Bay take on this event, PEARL HARBOUR.  As battered by the critics as it was, I actually liked the show.  In no way can it compare to TORA inasmuch as a vivid historical document, but in itself (once it get's around to the issues at hand that is) is pretty darned exciting.  I'd also go so far as to name it as ILM's finest hour since the Lucas factory went computerised.  For the most part, Bay tries to avoid the ludicrous fx design which so often defy gravity, laws of physics and just plain common sense (think THE AVIATOR) and sticks with CG fx shots we can believe (I'll forgive that armour piercing bomb POV that ploughs through the ammunition magazine of the Oklahoma... but just this once).  In closing, I should do a blog on BATTLE OF BRITAIN (1968) some day, as that was severely overlooked as a potential Oscar contender in the special effects stakes - which were top rung all the way. 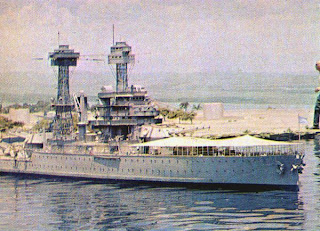