Blog Update:  Just before getting into the first blog of 2011 with todays tribute to the matte artistry skills of Radio Keith Orpheum - better known as RKO I'll just take a minute to mention a few new things that can be found elsewhere in my blogsite.  Firstly I've added several mattes to my Ray Caple page from a few films such as the early Hammer film TERROR OF THE TONGS and the seventies Cinderella musical THE SLIPPER AND THE ROSE.  Sadly the Region 4 DVD transfer on this latter show leaves alot to be desired with dreadful bit rate and encoding and worst crime of what should be a 2.35:1 scope image cropped  down to what looks like a 4x3 tv version  then 'window box' resized to 1.85:1, with as you'd expect a tremendous amount of compositional detail lost not only from the sides but from, I suspect, the top and bottom of the frame as well.

**STOP PRESS=  I've just had nice correct scope ratio mattes of these shots sent to me by my friend Domingo Lizcano for which I am grateful, and these now replace the others.

**STOP PRESS 2=  Today (17/1/11) I had the extreme good fortune to open my email from matte painter Mark Sullivan and find several wonderful photographs of before and after Al Simpson RKO mattes from the 1940 SWISS FAMILY ROBINSON from Mark's collection.  I'm extremely grateful to Mark for taking the time to supply me with these incredible images, which are now in this very blog!
As well as those mattes I've added the painted exterior long shot by Jan Domela of the Columbia Library and surrounds from the delightful 1957 Clark Gable-Doris Day comedy TEACHERS PET.  This can be found on my Jan Domela page.  I also came across the original 1923 silent TEN COMMANDMENTS Red Sea sequence as executed by Roy Pomeroy and Frank Williams from which I grabbed a number of frames and these are on my brief article about that film in my 'Epic Films' series of articles.  I was actually very impressed with the sequence, not having seen it before, and it stands up very well for the period.
____________________________________________________________________________________
RKO Pictures - The Home of Kong, Kane, Androcles and a certain Mr Joseph Young.. 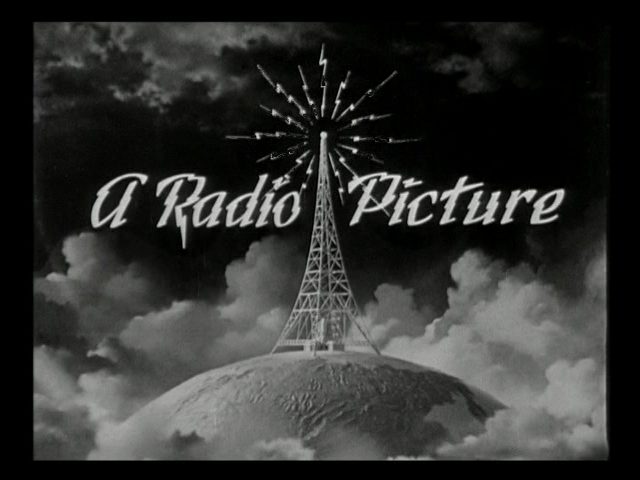 For a studio that produced a number of top line films and many outstanding matte and composite shots over it's relatively short history I'm a little disappointed in that I don't have anywhere near the number of examples of trick shots that I'd like to be able to display here today.  I've got a fair collection here though a great many of the mattes stem from a handful of well known effects heavy productions such as KING KONG, SON OF KONG, ANDROCLES AND THE LION and CITIZEN KANE in particular.  The many RKO shows are pretty hard to come by from where I'm situated so I've done my best.  I'm grateful for several rare RKO frame enlargements, some of them before and after pictures, which came by way of Jim Aupperle's personal collection. 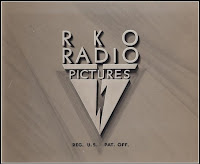 Before looking at the numerous frames I'd first like to pay tribute to the key players who made up the special photographic effects department, or 'special camera effects' as it was termed, that formed the basis for so many wonderful and memorable RKO mattes and trick shots.
Although I don't have a picture of him I think it's generally accepted that cameraman Lloyd W.Knechtel founded the camera effects unit at RKO around 1929.  Knechtel was primarily an optical cameraman and would contribute photographic effects shots to many films throughout the thirties at RKO such as THE MOST DANGEROUS GAME (1932) and both KONG films before moving onto other studios and eventually into first cameraman roles later in his career on films such as the low budget, yet surprisingly well shot David Friedman sexploiter WILBUR AND THE BABY FACTORY in 1970.

From those very early days Knechtel built up a team around him consisting primarily of matte painter Paul Detlefsen, miniaturist Donald Jahraus and a young up and coming visual effects cinematographer, Linwood Gale Dunn.  Former production cameraman Vernon L.Walker soon joined the team that same year (1929) as assistant to Knechtel in the effects unit and would himself eventually become head of all special effects work for the studio -  a role Walker would hold for almost the next 20 years until his untimely death in 1948. 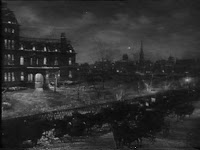 Other important names associated with the visual effects side of RKO would be the legendary Willis H.O'Brien, who's talents are now the stuff of cinematic history, and deservedly so, with his iconic creative expertise which would bring KING KONG to depression era New York city, MIGHTY JOE YOUNG to the aid of a burning orphanage as well as uncredited matte painting and miniature work on several RKO titles such as THE LAST DAYS OF POMPEII.  It's safe to state that a considerable number of well known and highly regarded special effects men got there start at RKO, many under O'Bie and Vernon Walker.  Clarence Slifer, Clifford Stine, Linwood Dunn, Harold Wellman and several others all worked on KING KONG (1933) and the rest as they say, is film history. 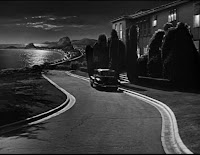 Inasmuch as the matte painting side of things went, there too featured a roster of some of cinema's greatest matte talent, with Paul Detlefsen working on glass mattes in the early formative days before moving over to Warner Bros for most of his career and then back to RKO for what was probably his cinematic swansong, ANDROCLES AND THE LION in 1952 before leaving the movie buisiness altogether and concentrating on a long career in illustration and fine art.

In addition to Detlefsen were the Larrinaga brothers, Mario and Juan - both of whom had long careers in the fileld.  Mario had started in the trade as far back as 1916 as a backing painter for Universal and like so many of his fellow scenic artists moved into glass art and matte effects shots as what seemed a natural progression.  While Mario worked mainly for RKO and later on Warner Bros, his brother Juan would serve RKO and had a career at Columbia somewhat later on.

Veteran matte artist Albert Maxwell Simpson was another very highly regarded and immensely talented glass artist who had an extraordinarily long career from way back as scenic and glass artist on D.W Griffith's BIRTH OF A NATION (1914).  Simpson painted for the majority of his career for RKO, and upon the folding up of that studio in the late fifties continued on right through to the late sixties in the off-shoot visual effects company Film Effects of Hollywood, established by fellow RKO  veteran Linwood Dunn who bought up all of RKO's process and optical equipment upon the closure of that studio.  Simpson, who unfortunately I've never been able to track down a picture of, was one of the greats, and aside from his RKO career worked many times with Jack Cosgrove and Clarence Slifer at Selznick Pictures International painting memorable mattes for such huge shows as THE PRISONER OF ZENDA and GONE WITH THE WIND among others.  Effects cameraman Bill Taylor worked in his younger days as operative cameraman at Film Effects of Hollywood and told me about a wonderful oil painted landscape by Simpson which would hang prominently upon the wall of Linn Dunn's office.
Other matte artists employed for a time at the studio on some productions were Byron L.Crabbe, who was a key figure on KING KONG and THE LAST DAYS OF POMPEII, Henri Hillinick (sometimes spelled as Hillink) - another KONG glass artists who would later become mentor to Matthew Yuricich in the fifties at MGM; Zachary Hoag, whom I assume to be related to optical effects man Robert Hoag was another glass artist employed during the KONG films and Fitch Fulton, the father of effects cameraman John P.Fulton was another painter who moved around the Hollywood scene and painted on films such as MIGHTY JOE YOUNG, GONE WITH THE WIND and JUNGLE BOOK. The great Chesley Bonestell featured among the credits on some RKO pictures too, with the 1939 HUNCHBACK OF NOTRE DAME being a superb example.  Bonestell worked at RKO for around three years and then for several Hollywood studios, most prominently Warner Bros throughout the forties.  Chesley also contributed to astronomical related shots at Paramount on a few George Pal classics such as WHEN WORLDS COLLIDE.  In later years he would become a much sought after illustrator of science fiction covers and special conceptual art.
__________________________________________________________________________________

THE MATTES - a photo tribute to the glass artists of RKO

I wish I could show you more, but I've always had difficulty finding mattes from RKO films.....