The world of Charles Dickens as depicted with the painted matte

The literary world of English author and novelist Charles Dickens produced many a classic narrative so readily identifiable in English literature.  The high end Victorian era morals and manners often played side by side with the grimy, unwashed and often ugly side of life was so much a part of Dickensian London.  Among his timeless stories many feature film adaptations have been made, both in Hollywood and in the United Kingdom and I have selected a handful of these films to illustrate that vivid Dickensian flavour as translated into, for the most part, endearing classic films by David Lean, George Cukor, David O'Selznick and others.
I seem to have difficulty finding many of the Dickens film adaptations on DVD or VHS here, as much as I'd love to see them, some such as NICHOLAS NICKLEBY, THE PICKWICK PAPERS and A CHRISTMAS CAROL for example are impossible (for me) to get a hold of.  What I do have here today are several wonderful films that work as literary masterpieces such as David Lean's wonderful GREAT EXPECTATIONS and the exceptional Ronald Colman version of TALE OF TWO CITIES among others that and are so successful in utilising the art of matte painting to tell those timeless stories. 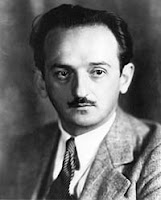 In the thirties young entrepreneur and budding movie mogul David O'Selznick produced some fine Dickens films at MGM - DAVID COPPERFIELD and the aforementioned TALE OF TWO CITIES.  Among the people Selznick had around him on these two films was the highly regarded visual consultant and montage exponent Slavko Vorkapich (pictured here).  Vorkapich, a Yugoslav immigrant was held in extremely high regard (and no doubt suspicion by some dyed in the wool studio heads) for his creativity in visual stylisation on many pictures of the thirties and forties - an era when the credit 'montages by' were commonplace in on screen credit rolls. Being European, Vorkapich had an entirely un-Hollywood approach and ideals.  Seen as an intellectual who saw 'film' as much more than a mere commercial enterprise but as a form of high art when properly handled (what those manipulative, greedy power brokers running studios thought of him I'd love to know).  Selznick himself used Vorkapich as often as possible on many films to transform the mundane into the memorable.  I believe the look of those two Selznick versions illustrated here are to a large extent the result of Slavko's input - probably as much or more so than resident chief art director Cedric Gibbons who by contractual arrangement had himself acknowleged on far more MGM pictures than he ever actually worked on.