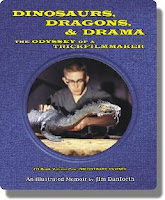 Christmas Greetings to all and sundry who tune into my blog on occasion from all corners of the known (and unknown) Universe.

Before jumping into today's matte blog I'd like to make a moment to mention the long awaited and eagerly acquired memoir of visual effects artist Jim Danforth, DINOSAURS, DRAGONS AND DRAMA - THE ODYSSEY OF A TRICK FILM MAKER which has just been released.  I've waited years for this to come out and finally have it.

The good news is that it's chock filled with wonderful anecdotes, production details and fascinating stories from the earlier part of Jim's career from boyhood 8mm film experiments right through to the big time effects showcase that was When Dinosaurs Ruled The Earth (1969).  Jim's talents as a matte painter were my primary reason for purchasing the memoir, though naturally I am also a big fan of his stop motion animation.  There are terrific chapters on Jim's involvement with Albert Whitlock and Peter Ellenshaw, as well as rare as hens teeth examples of many of Jim's own mattes and trick composites. 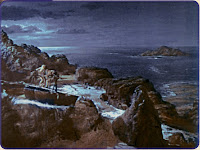 The bad news is that the memoir isn't a printed 'book' as one would dearly have preferred, rather it's actually all in CD-ROM format, no doubt to make publication so much cheaper.  For many this won't make any difference, especially those who are of the 'iPad', 'Kindle' generation (I don't even own a cell phone).  For me, I find this mode of reading incredibly cumbersome, awkward and downright annoying and prefer without question the old fashioned printed volume. In fact I've gone and printed off a number of chapters to facilitate a much more pleasing reading experience. 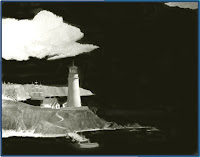 That said, the Danforth e-book is jam packed with illustrations and clocks in at around 800 'e-pages'..... and this is only Volume One, with a companion volume promised later, which I'll no doubt grit my teeth and buy as there's just no other way to acquire the content.

The publishers were also responsible for the titanic master-works MASTER OF THE MAJICKS on maestro Ray Harryhausen (on actual 100% genuine printed paper!!!) and utterly essential tomes.

For those who want to know more, contact Ernie Farino at www.archive-editions.com


Well here's another blog, although a fairly small one again, though on this topic it's really down to sheer lack of available material more than anything else.  Today I'm presenting a little tribute to one of the lesser known matte painters of the late 70's through to early 90's, Jena Holman - possibly the first female matte artist (at least the first I'm aware of) in the US until Michelle Moen and Caroleen Green came along in the 80's.

The little I have on Jena came to me largely from her frequent collaborator and visual effects cinematographer David Stipes who had nothing but kind words for Jena as both a skilled matte painter and as a person.  According to David, Jena was active in matte work from around 1977 or thereabouts through to her untimely death as a result of a brain tumour in the early 1990's.  David and Jena worked together at David's VFX house, David Stipes Productions, on a number of projects, many illustrated here, including the 1979 tv series BUCK ROGERS IN THE 25th CENTURY, BATTLESTAR GALACTICA and FLIGHT OF THE NAVIGATOR (1986) to name a few.

Among her other matte jobs were the Jeff Bridges courtroom drama JAGGED EDGE (1985), the unfinished David Allen stop motion adventure THE PRIMEVALS (1977), Phil Kauffman's THE RIGHT STUFF (1983), the controversial nuclear strike film THE DAY AFTER (1983) and John Carpenter's ESCAPE FROM NEW YORK (1981) as well as various television commercials.

By all accounts Jena was a somewhat shy, quiet woman who kept a low profile.  David told me how tricky it was to snap a photo of Jena at the easal as she'd shield her face from the lens much of the time.

As I've said, there isn't much material on Jena so I'll try to make do with what I have as I'd particularly like to pay tribute to the lady...possibly the first time many of my readers would have even heard the name 'Jena Holman'.

I don't believe it.... an entire blog article without a single 'log out'!!!!!! Is this the sign of better days ahead he asks??  Watch this space as I've got a giant of an ILM tribute sitting on the proverbial back burner, along with sundry other tidbits....... 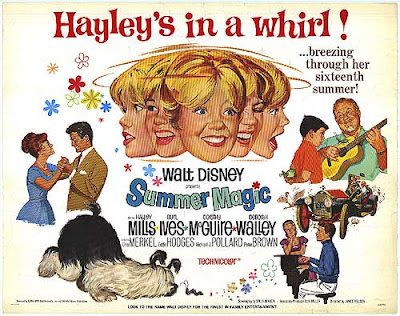 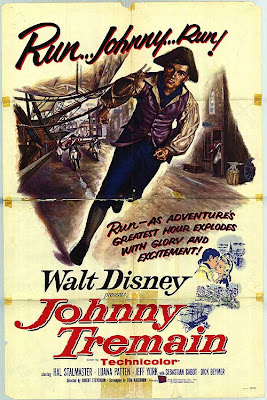 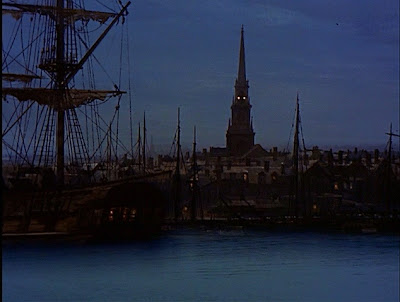 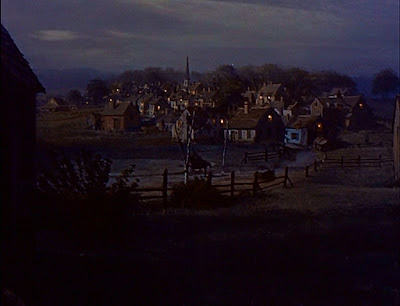