Well, I'm back home here in New Zealand after a really great 3 weeks in Vietnam and Singapore with my wife which proved to be the ideal getaway from an unusually cold NZ winter which, during our absence saw a couple of dustings of light snowfall (some claimed it as just soft hail) in Auckland for the first time ever...... very unexpected for this part of the country though certainly not on a par with the sorts of blizzards some of my correspondents and friends encounter in the Northern Hemisphere.

Well, those who know me know that I'm not at all enthused about 'new' effects driven pictures, and generally avoid them like the bubonic plague as the material on offer simply doesn't interest me entertainment wise, let alone the migraine inducing out-of-control overindulgence of 'technique' over substance.  In saying that though I couldn't resist the temptation while in Singapore to see the new offering in the popular PLANET OF THE APES  series, especially seeing as the first Franklin Schaffner film is one of my all time favourite pictures (the less said about the excrutiating Tim Burton farce the better).   Well the new RISE OF THE PLANET OF THE APES surprised me and as it turned out is a cracking good, well paced science fiction film with utterly gob smacking visual effects work which left me speechless. 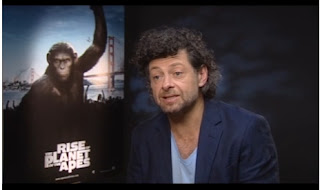 I can't speak highly enough of the incredible work of (arguably the worlds best) mo-cap actor Andy Serkis and the amazingly convincing CG interface where human-simian-computer have worked so well in giving us not just beautifully nurtured and subtle screen primates, but on screen material which 98.8% of the time doesn't cheat in the delicate balance of the often problematic domain of physics of weight and motion of the final action where so often this technology fails in other projects.


I'll bet a kidney that this work will shine at next year's Oscars and will more than likely snatch yet another Oscar for WETA, and I'm hoping, long overdue recognition for the unique talents of Andy Serkis, who, if not recognised for his one of a kind abilities in the supporting actor category, should possibly share the limelight of the inevitable best visual effects Oscar lineup.  I think Pierre Boulle, Roddy McDowell and Rod Serling would approve.....highly recommended. 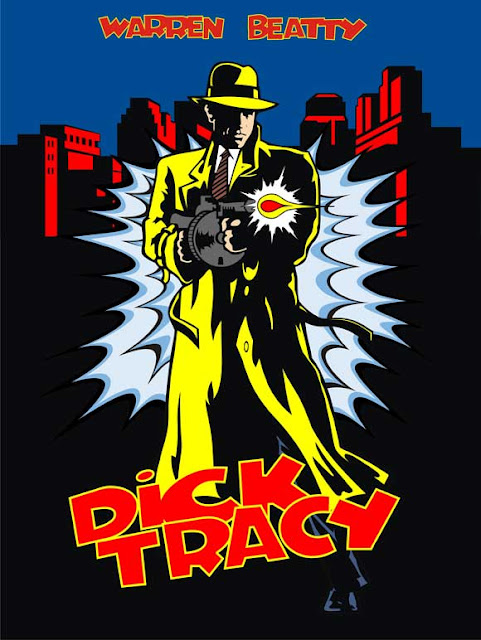 *I'd like to express my gratitude to matte painter and visual effects supervisor Harrison Ellenshaw for very kindly sharing photographs from his album from DICK TRACY and other Disney shows. 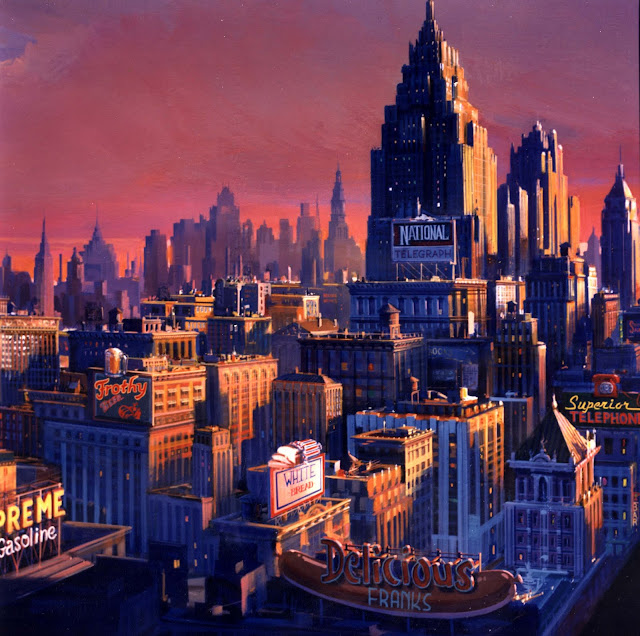 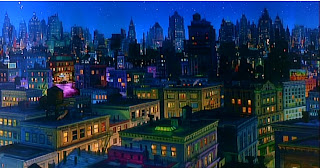 Now the 1990 Warren Beatty picture DICK TRACY is a film which you either love or hate.  I actually liked it, as much for the phenomenal production design and dazzling matte wizardry as for the escapist pulp fun of the endeavour as a whole.  I've had discussions with some matte pals where I seemed to be in a minority inasmuch as loving the matte effects myself, whereas some viewers seemed to be totally off put by the garish, arguably 'unreal' aspect of the many  many painted mattes. 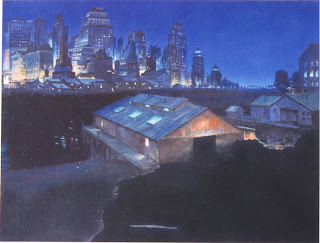 For my money the visual effects work, along with the cinematography and art direction in DICK TRACY is tremendous, both in it's technical execution and it's unique screen look - a look which went through numerous incarnations throughout pre-production, shooting and post production.  Although I'm not a reader of comic books nor am I familiar with the original pulp graphic novels, I'd like to hope the cinematic rendition compliments the Chester Gould comic strip of old.  The special photographic effects of DICK TRACY rank as the high water mark in my book for the in house Disney fx operation Buena Vista Visual Effects.
Initially, Disney matte painter Michael Lloyd was enlisted to oversee the mammoth effects project - a project which would encompass some 50 some matte paintings along with complex miniature set ups and a one off dusting off of the company's tried and true sodium vapour travelling matte set ups.  The scale of the project was so immense that it became all too clear to visual effects supervisor Lloyd (who in addition to overseeing the trick shots also painted a number of the many mattes himself) that the effects workload simply had to be divided with a another effects veteran in order to crank the many shots out in time for the release deadline.
Called in as co-effects supervisor would be matte painter and visual effects man Harrison Ellenshaw - himself a Disney icon who, following in his esteemed fathers' footsteps, would run the Mouse Factory matte department for close to a decade as well as providing mattes for two Lucasfilm epics and several other shows.  So vast a show was the Warren Beatty helmed and starring film that Ellenshaw and Lloyd would need to enlist the services of 7 other artists to produce the look as dictated by director Beatty and production designer Richard Sylbert.

Primary matte painters would be Michelle Moen - experienced in the medium though herself a newcomer to the Mouse Factory matte department - as well as a trio of artists who did indeed have Disney connections - Paul Lasaine, David Mattingly and Harrison's dad, the legendary Peter Ellenshaw himself.  Additional matte painting was shared with Tom Gilleon and Leon Harris, whereas Lucy Tanashian would act as matte assistant.  Matte camera duties were principally the domain of Peter Montgomery.  Bill Neil was in charge of the motion control miniature shots of the Mark Stetson models.


I've always felt that DICK TRACY should have have been at least considered in the visual effects category for the 1990 Oscars, as the work is fresh, supremely well executed and a welcome reprieve from ILM hogging the ceremony year after year - although in saying that, it was Dream Quest Images who took home the statuette that year for TOTAL RECALL - a questionable decision in my book. 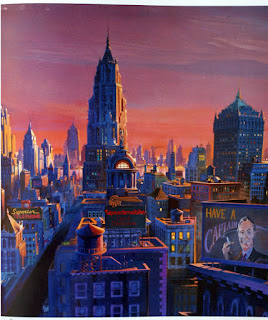 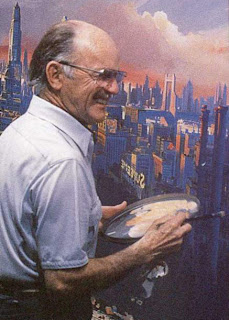 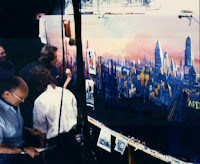 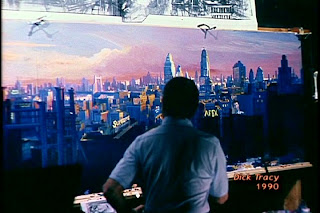 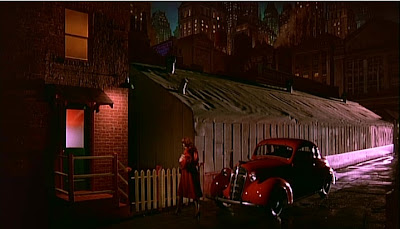 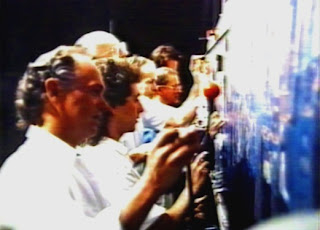 Coming up next........     SHEPPERTON STUDIOS - THE FLAGSHIP OF U.K SPECIAL PHOTOGRAPHIC EFFECTS